Southern Bolivia's desert is full of incredible natural wonders, from salt flats to colorful lagoons.  But just outside the town of Uyuni, the landscape is strewn with a man-made symbol of industrialism – trains.  Hundreds of them have been abandoned since the 1940’s.  As the mining industry was picking up, there were plans to make the area into a huge transportation hub.  However, these plans fell through, and the remnants remain on site to this day.

Pretty much every salt flats tour visits them, but you can also go on your own by taking a cab from town.  In 2015 I traveled Bolivia and did a 4-day 4WD tour across the desert. I opted to do the tour in reverse, starting in Tupiza rather than Uyuni, which I'd recommend doing if you want to avoid crowds all along the way (we saw almost nobody else the entire time!)  This was our last stop of the tour before heading back to Uyuni, and thus I was feeling quite rushed at the site. I could've spent hours exploring and photographing the rail cars, as there are literally hundreds!  The lines created by the tracks and the cars, combined with their rusty, weathered look, were a pleasure to photograph.  Here are a few of my shots: 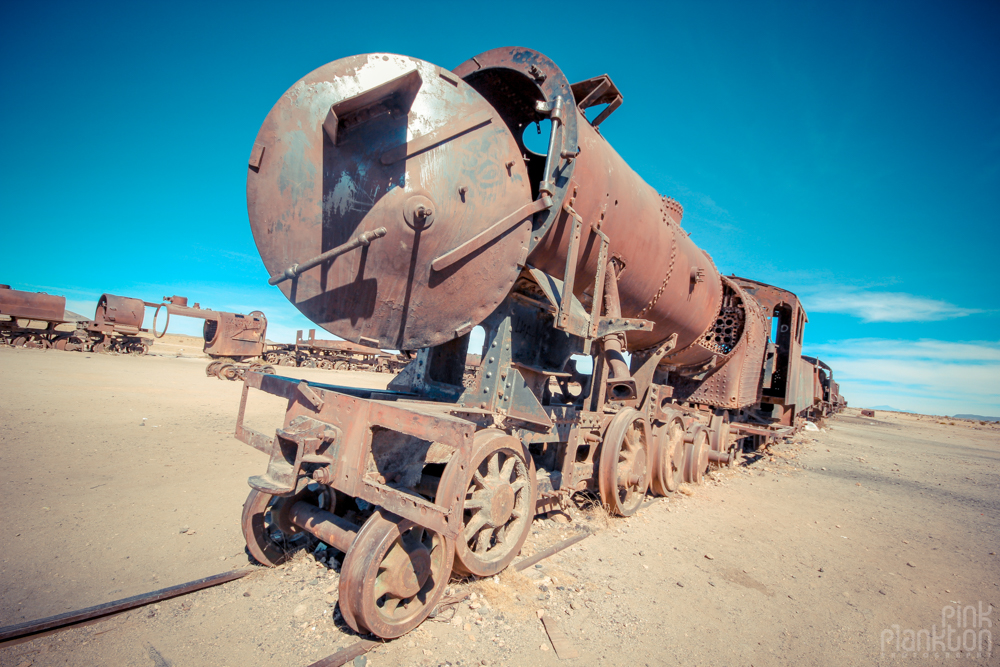 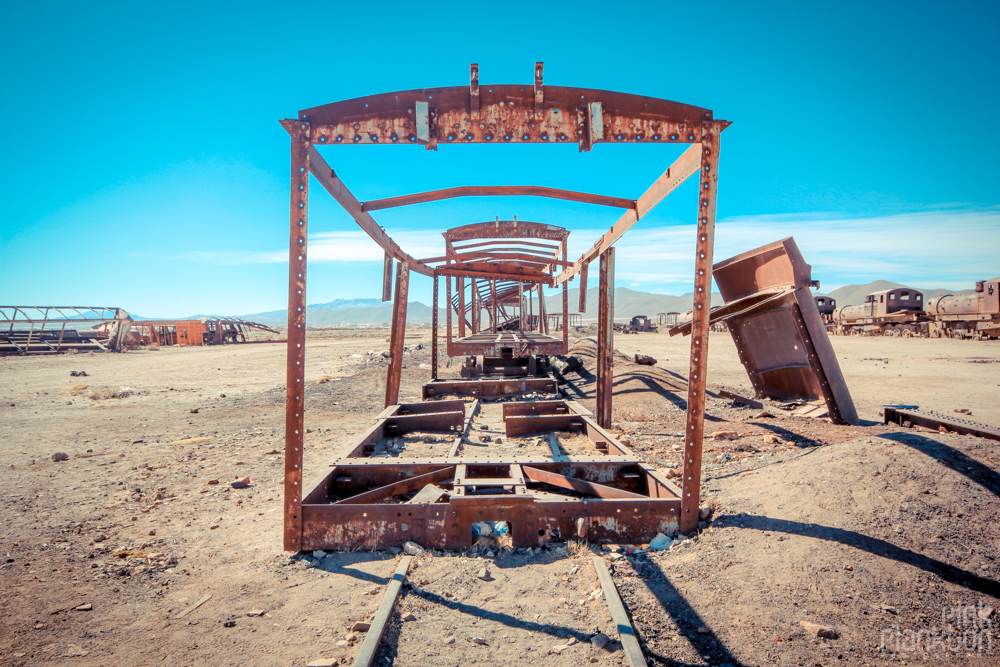 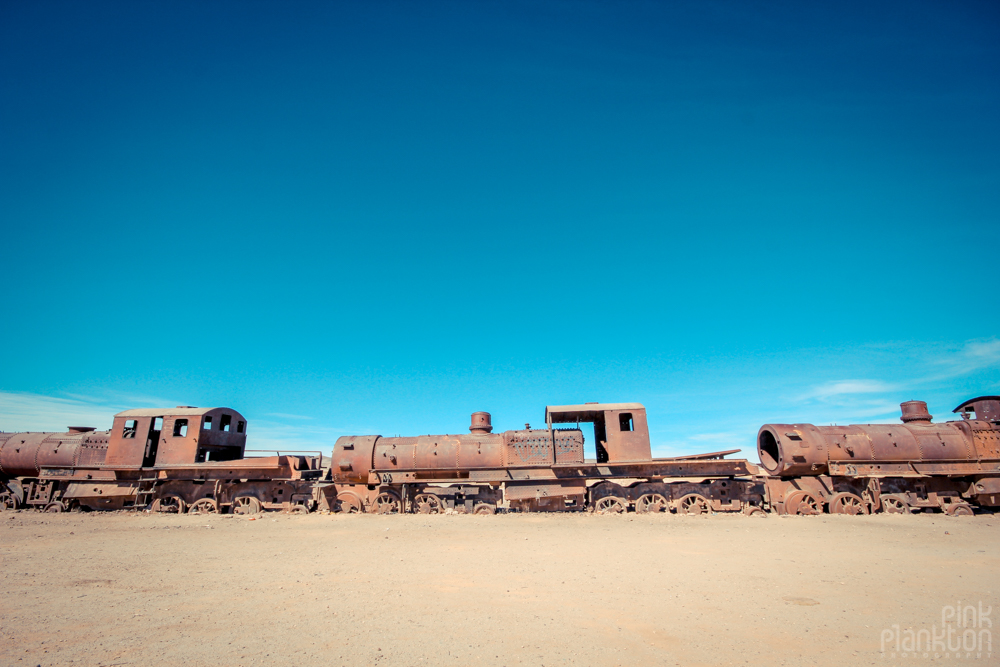 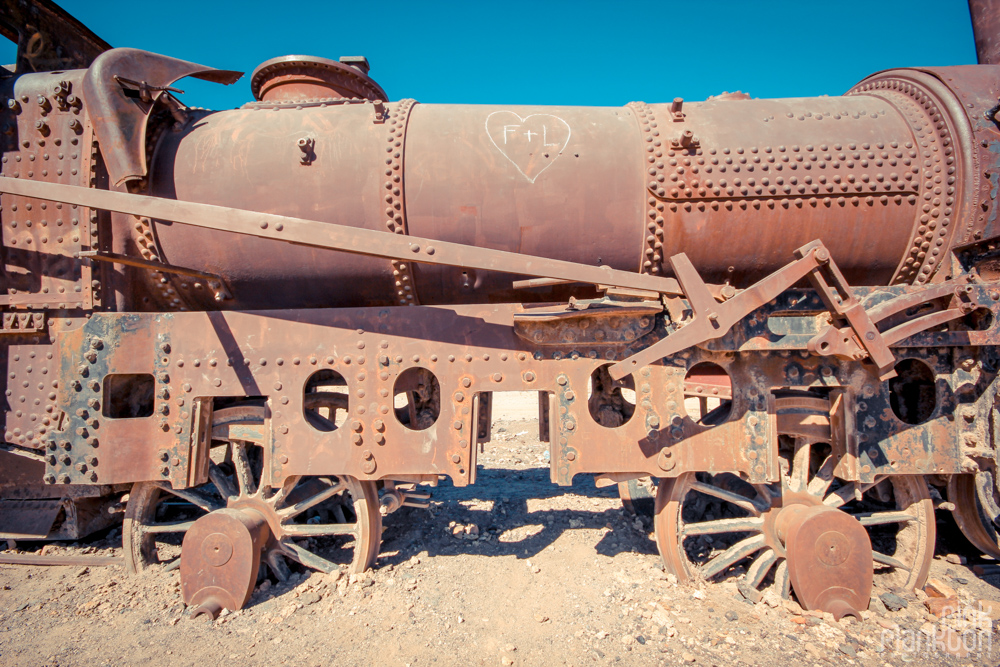 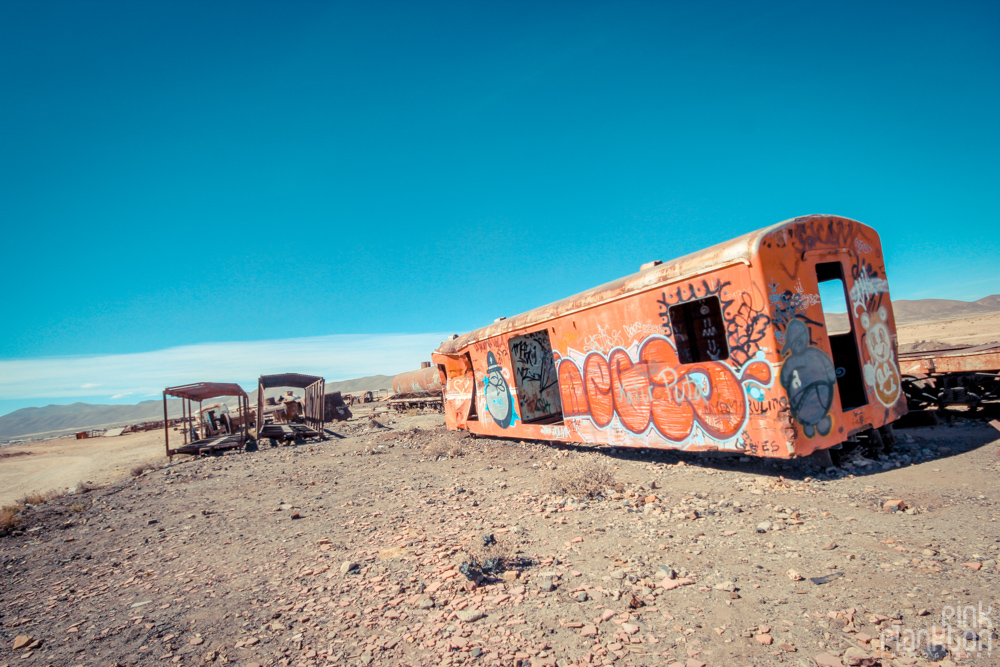 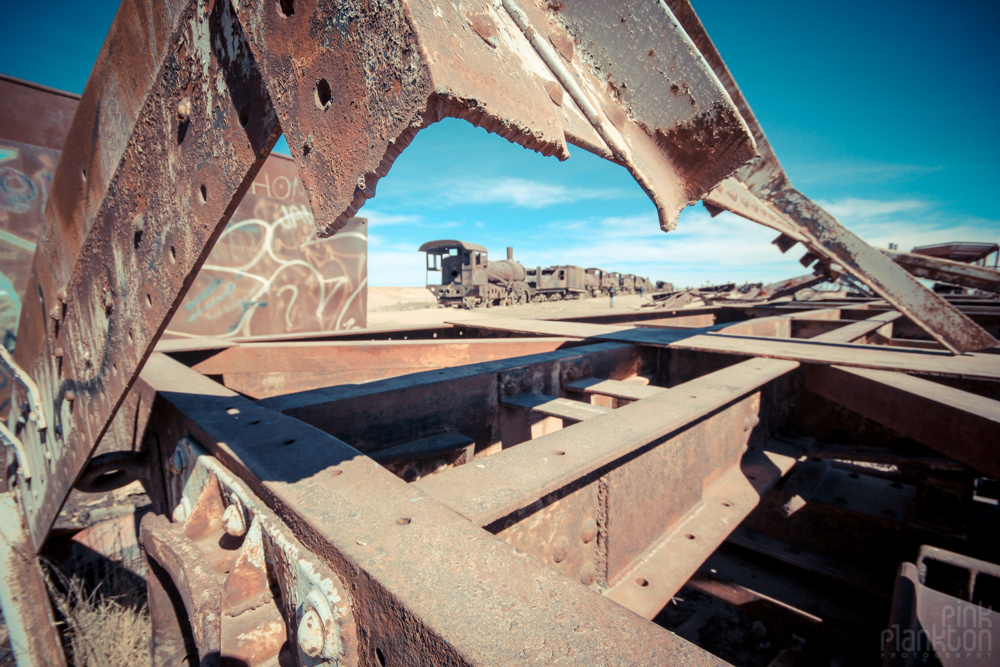 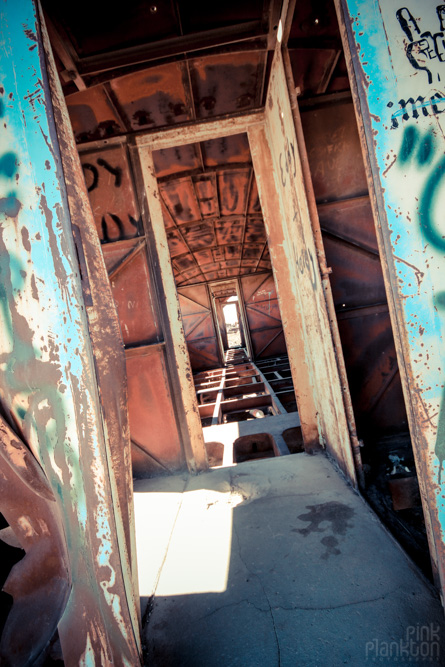 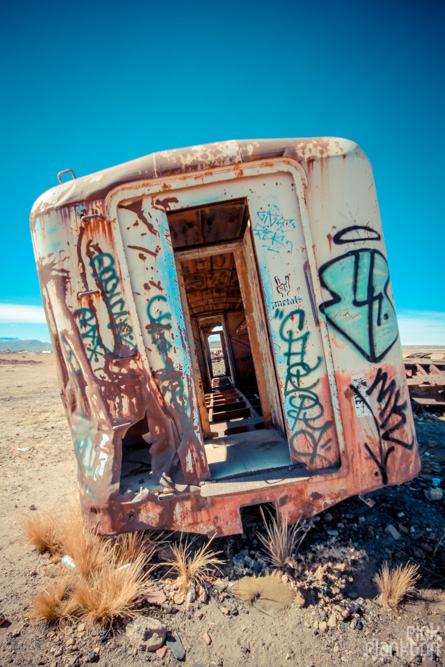 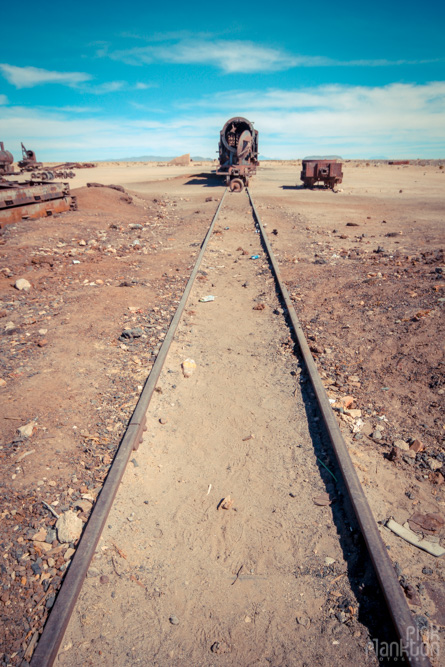 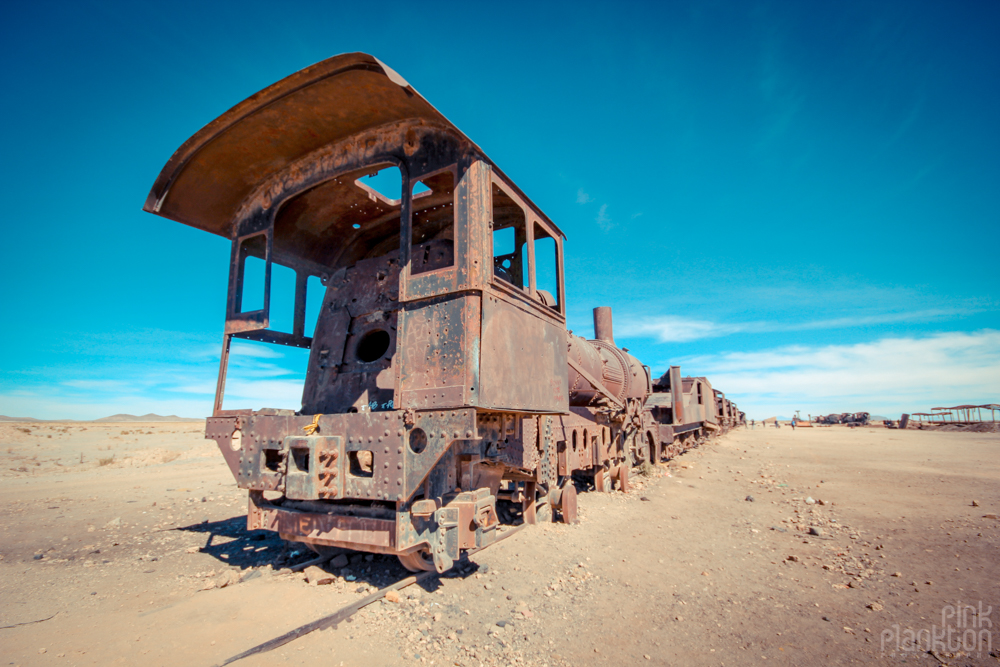 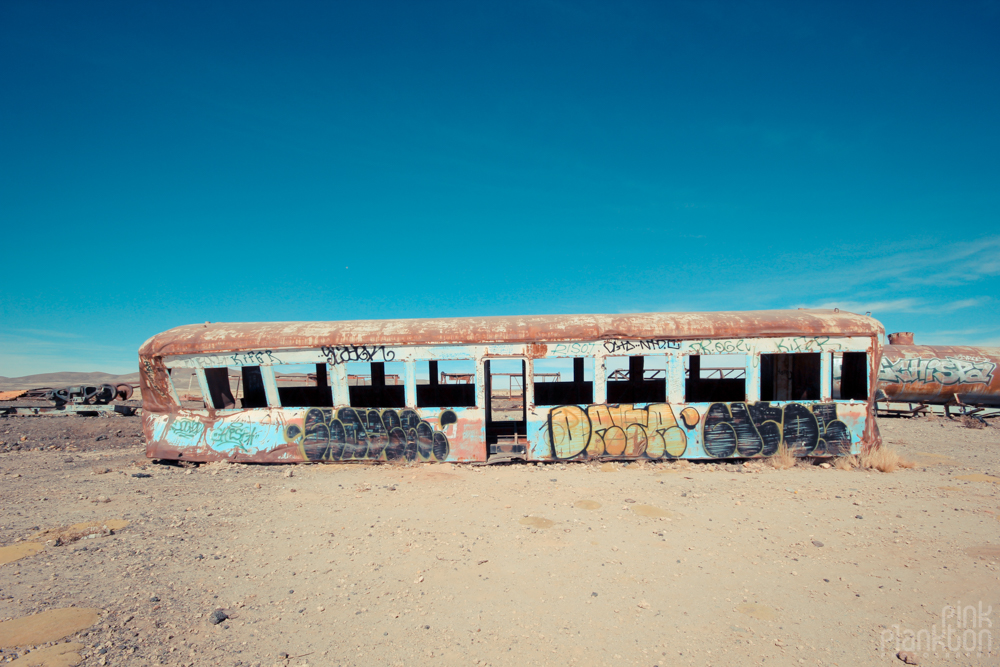 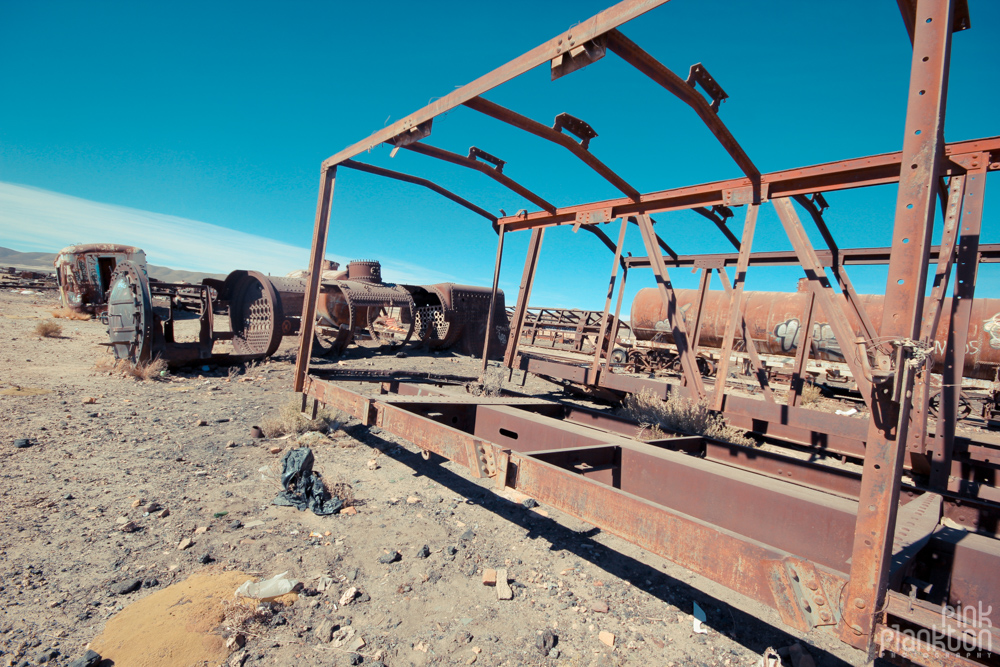 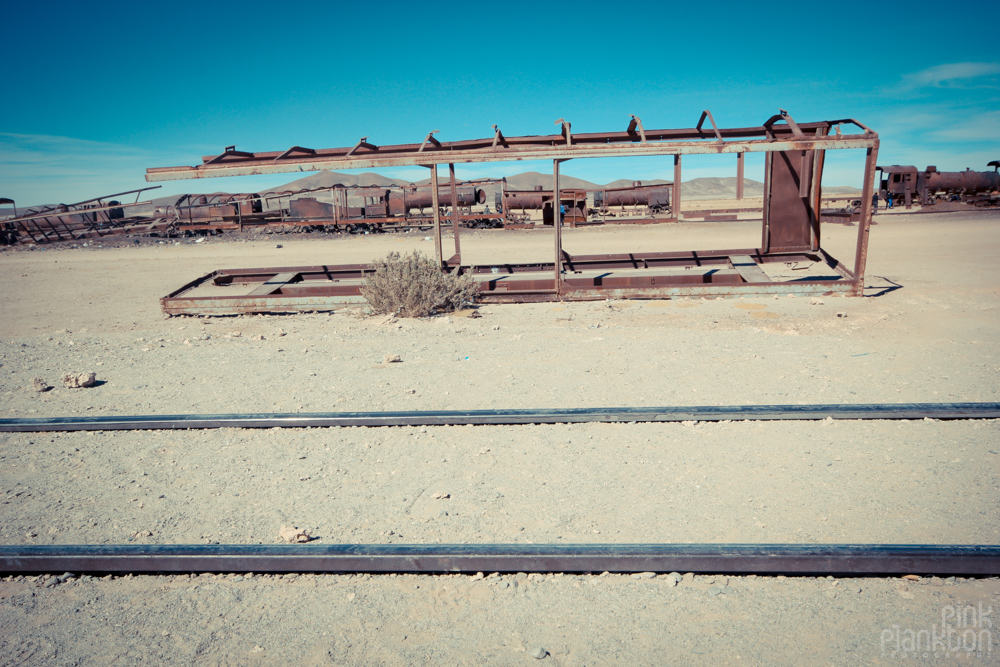