Teufelsberg (which is German for Devil's Mountain) is an abandoned World War II US Spy Station, located in Berlin.  At the time, the building and huge domes you see depicted were used for listening and intercepting radio signals.  Today, the building still remains standing.  What makes the site so unique is that graffiti artists have covered every inch with beautiful artwork.

These photos were taken in 2013.  Teufelsberg used to be accessible only by sneaking in.  However, over the past few years, a group of people claiming to 'own' the site, will stand at the front gate and charge an entrance fee.  Regardless of how you get in, the history and eeriness, combined with the modern graffiti art that is symbolic of Berlin's culture, truly create a unique urban exploration experience.  There are about 10 floors worth of graffiti to see, and once you make it to the top dome, the echo in that place will blow your mind!  There are many abandoned sites in the world, but nothing like this. 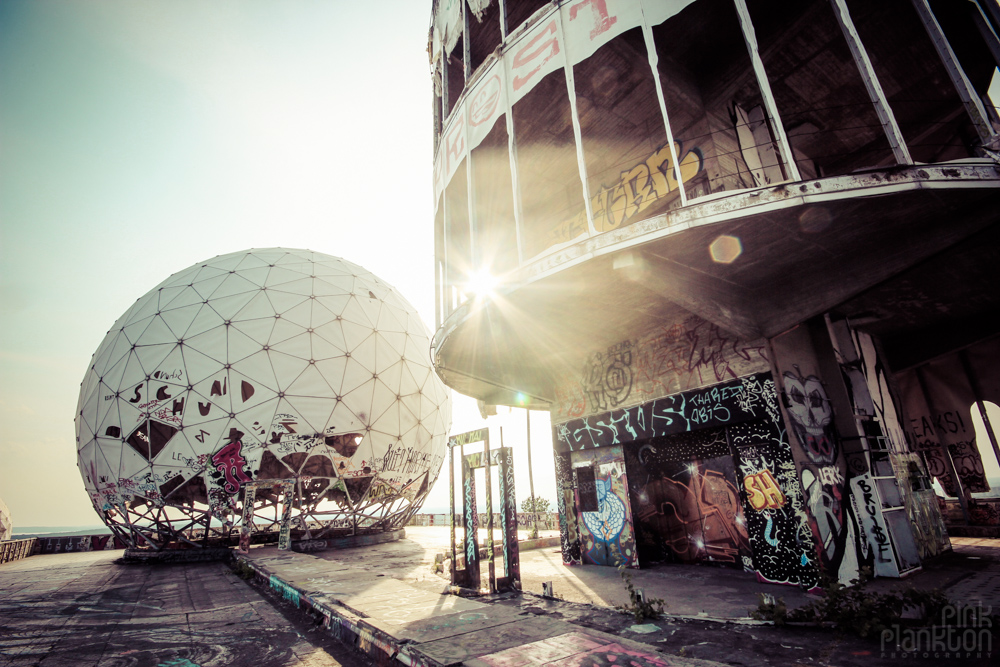 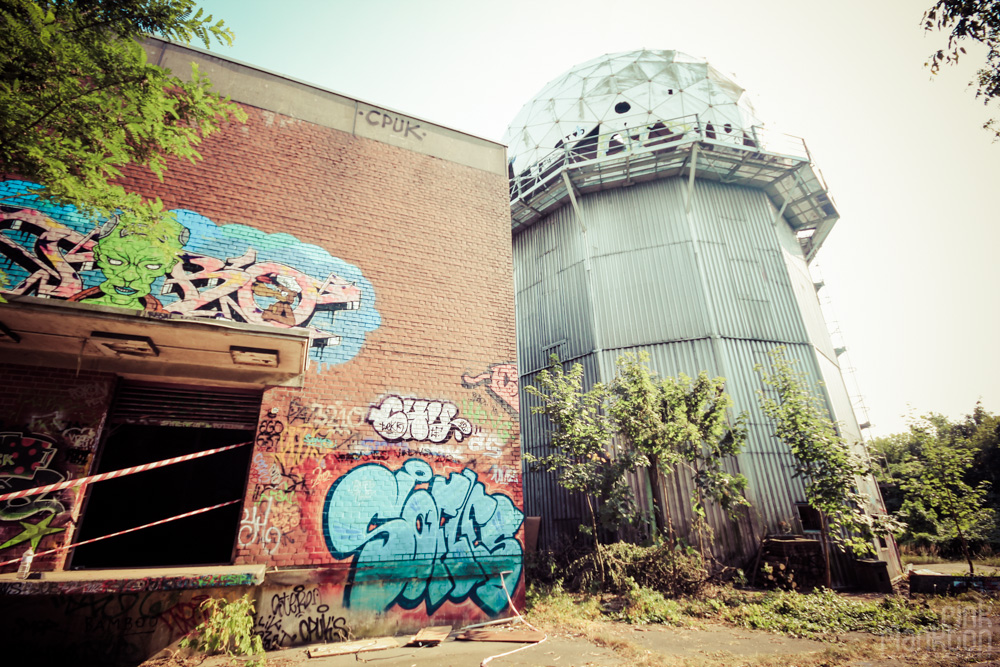 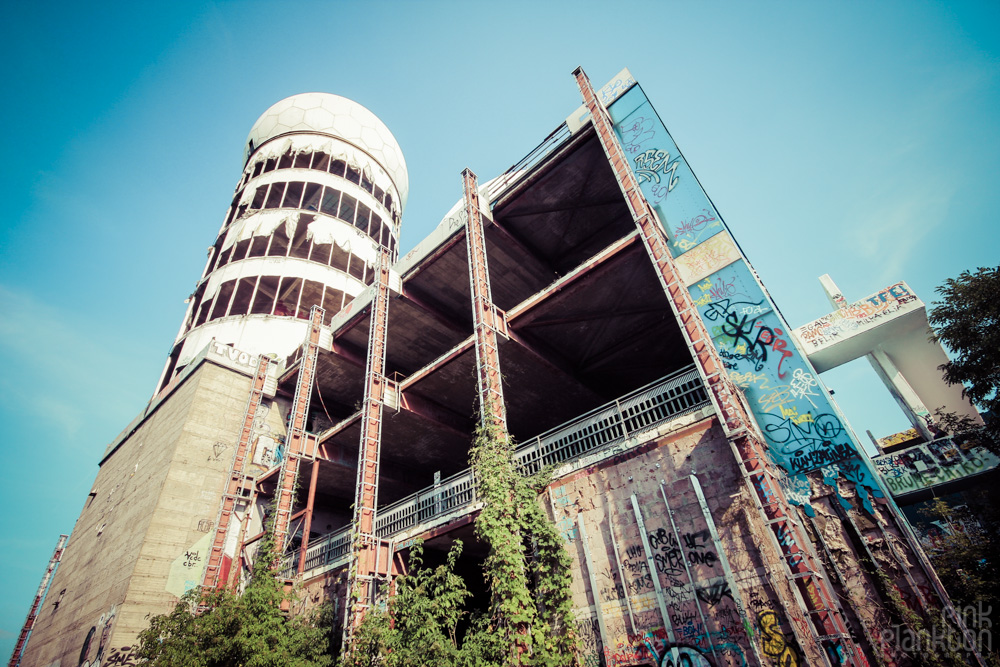 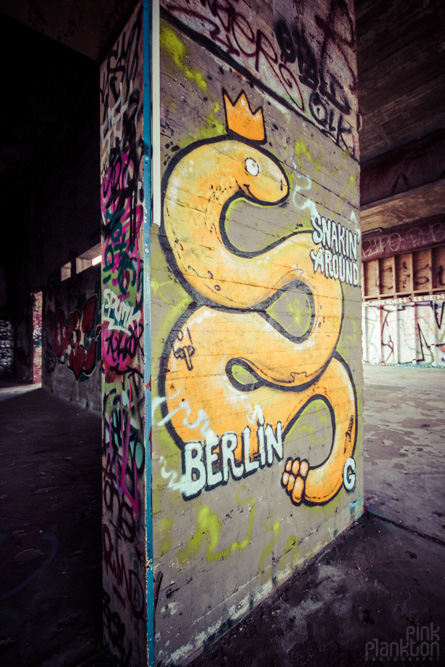 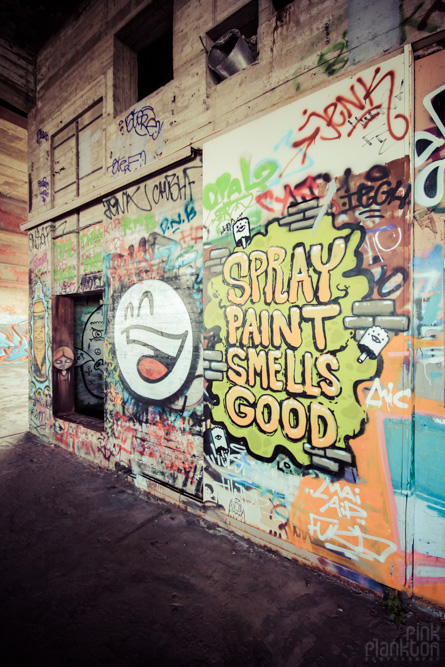 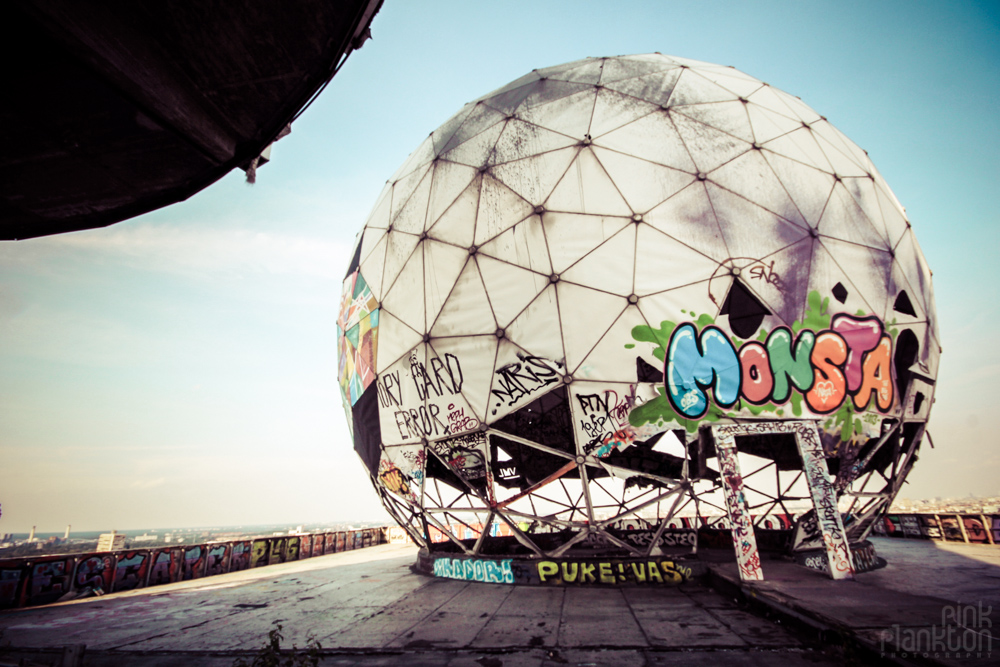 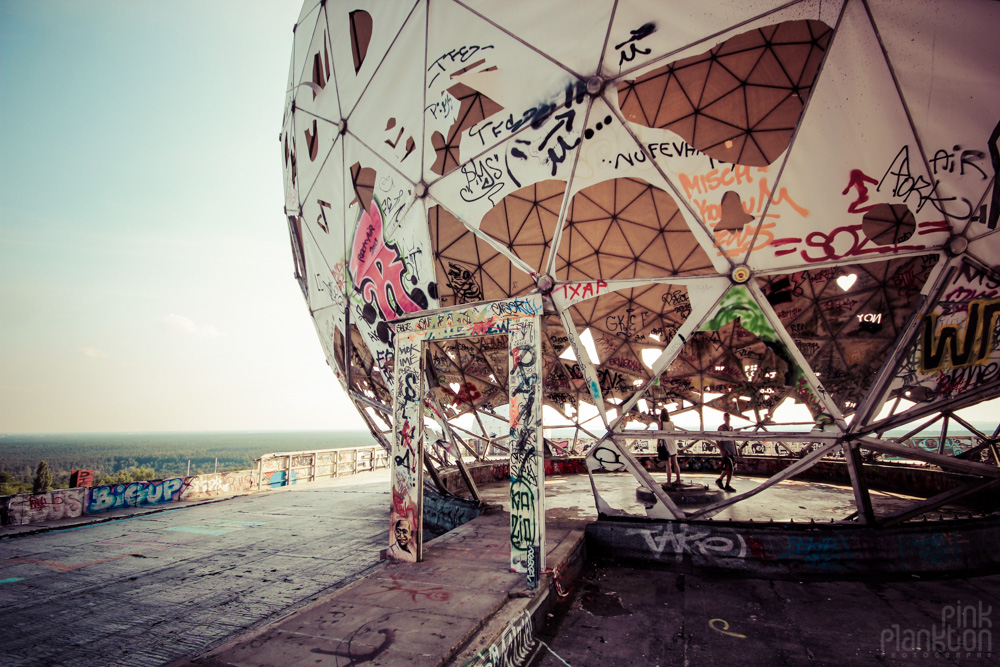 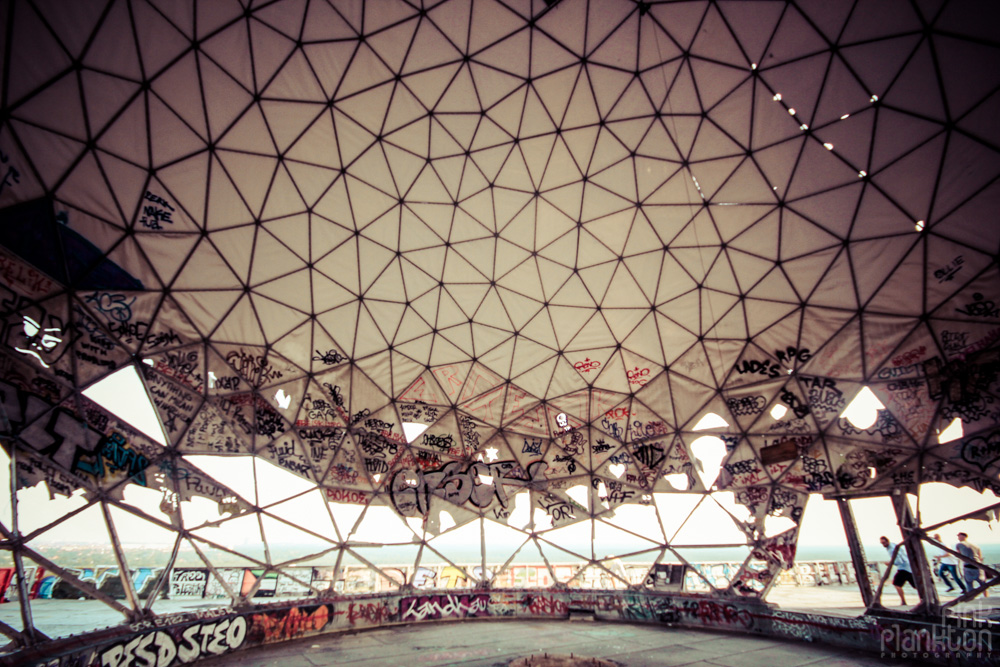 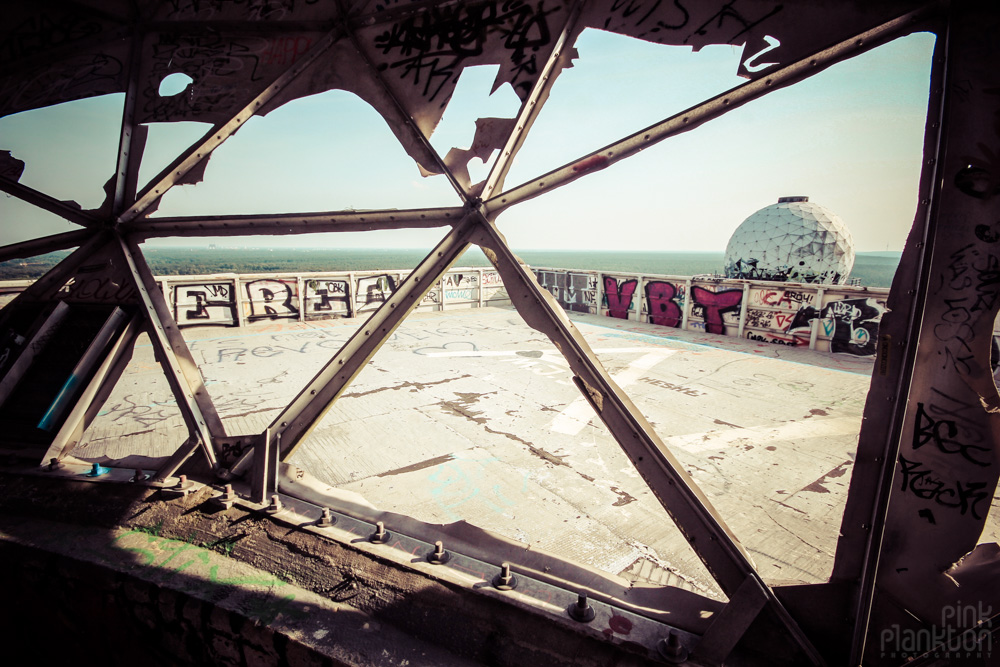 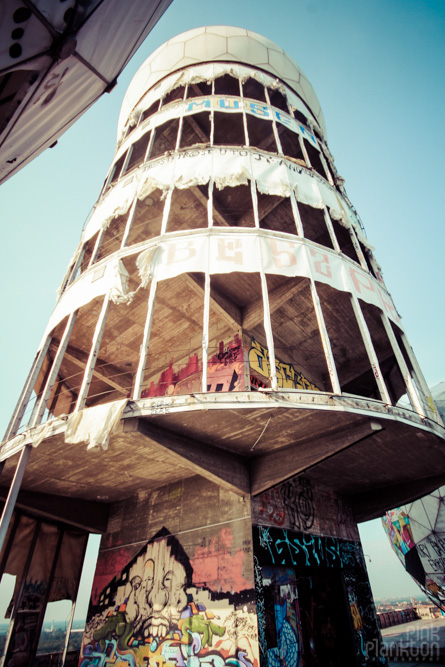 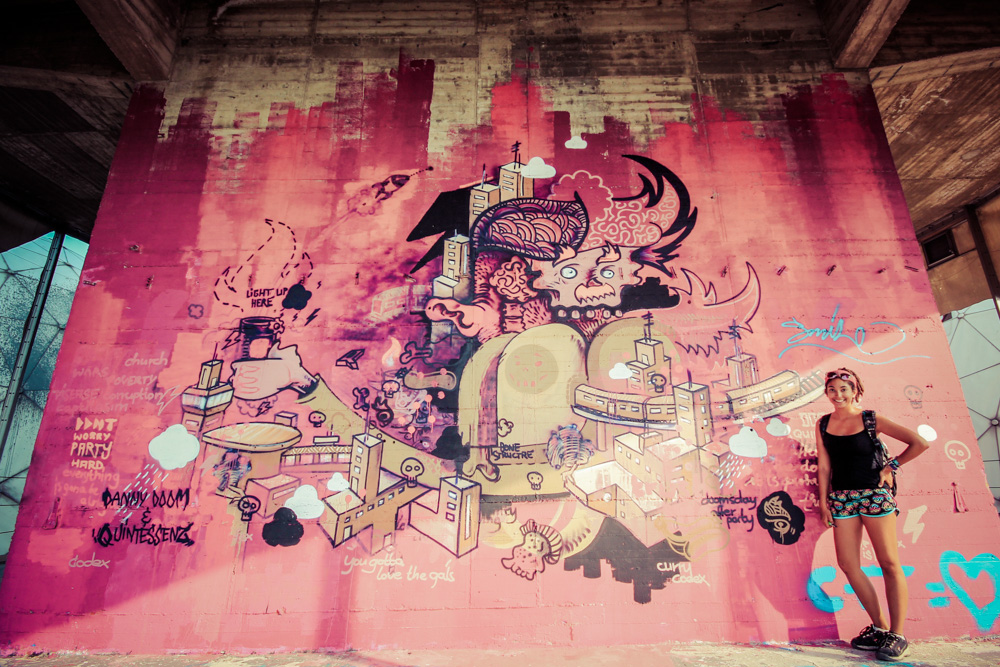 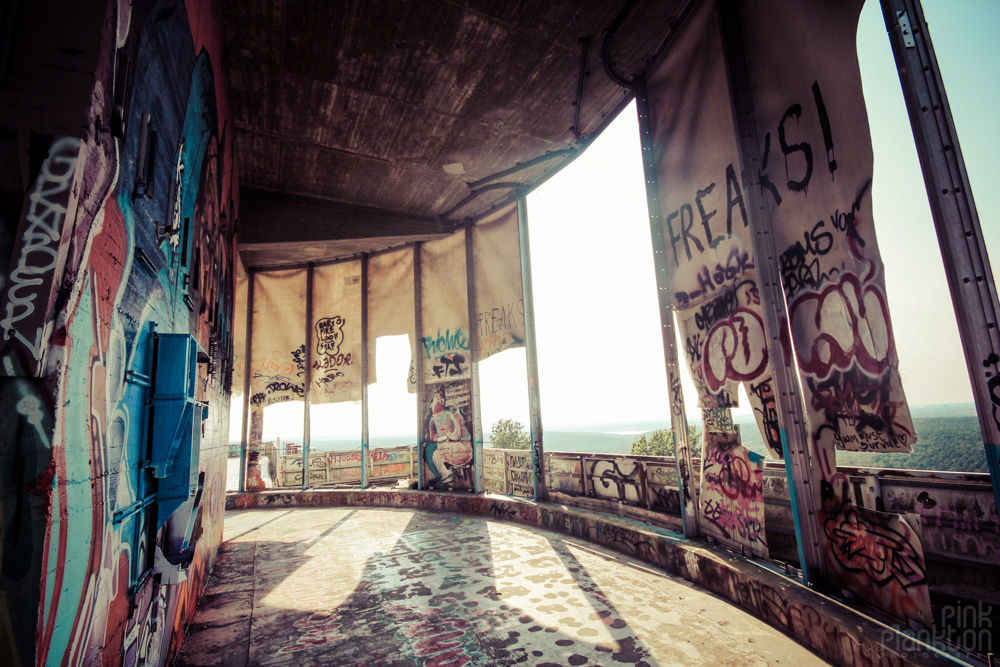 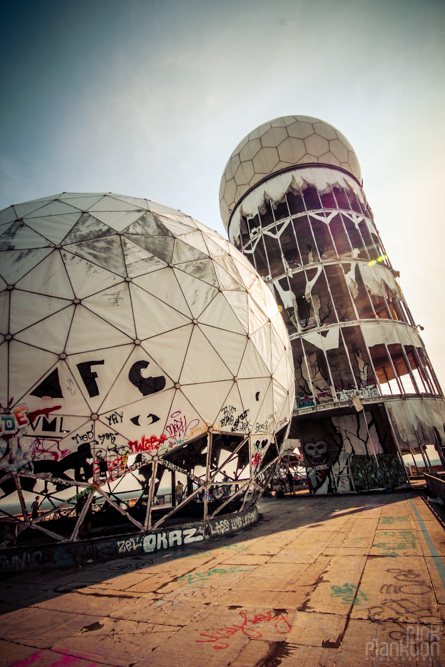 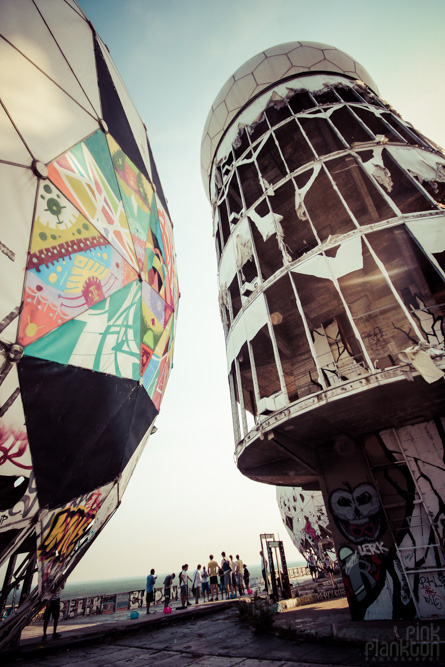 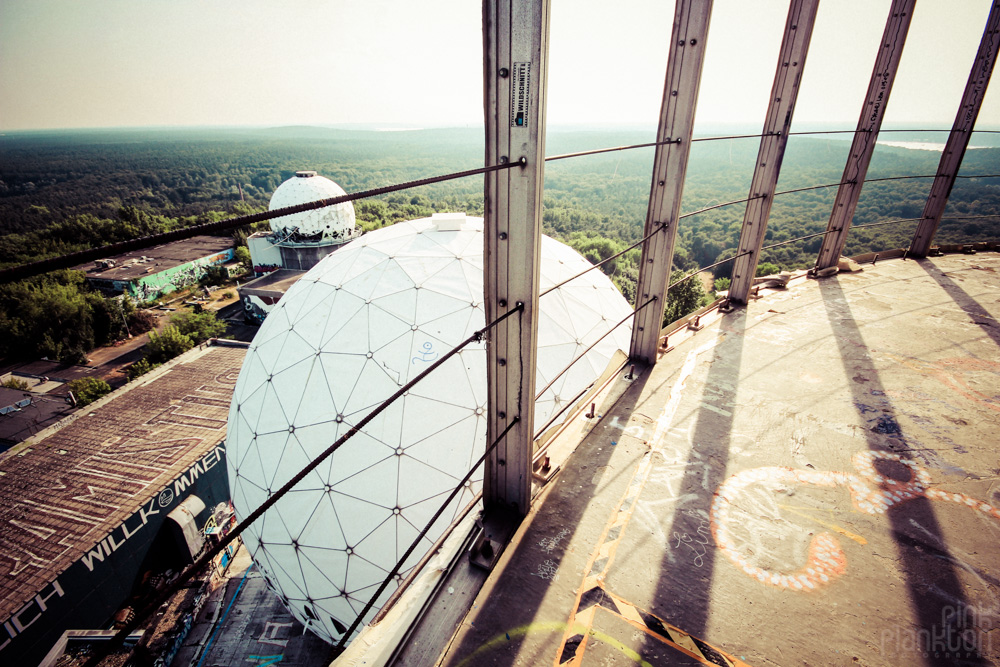 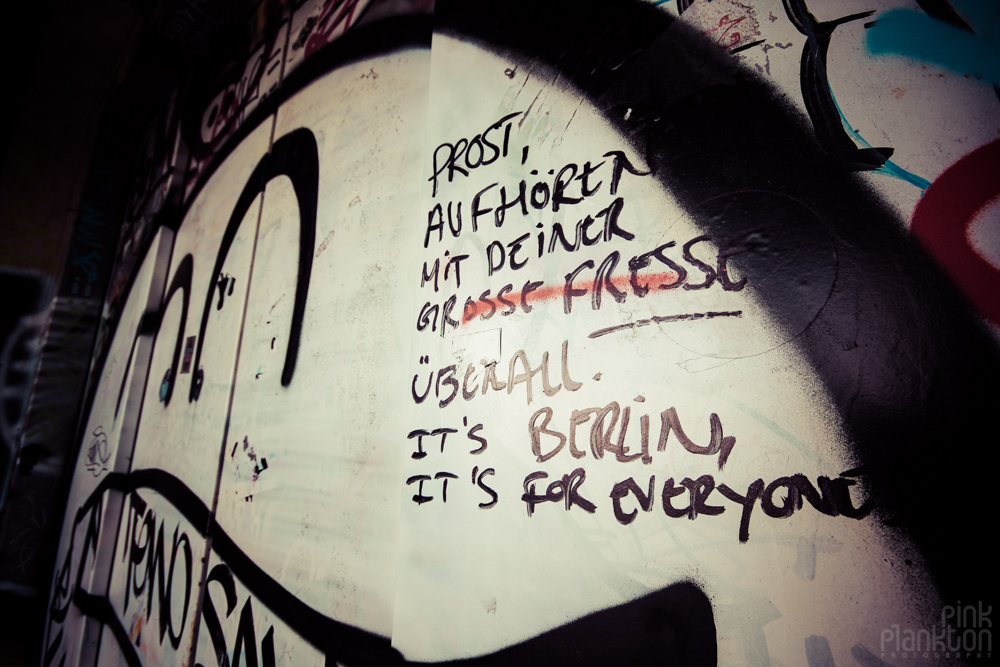 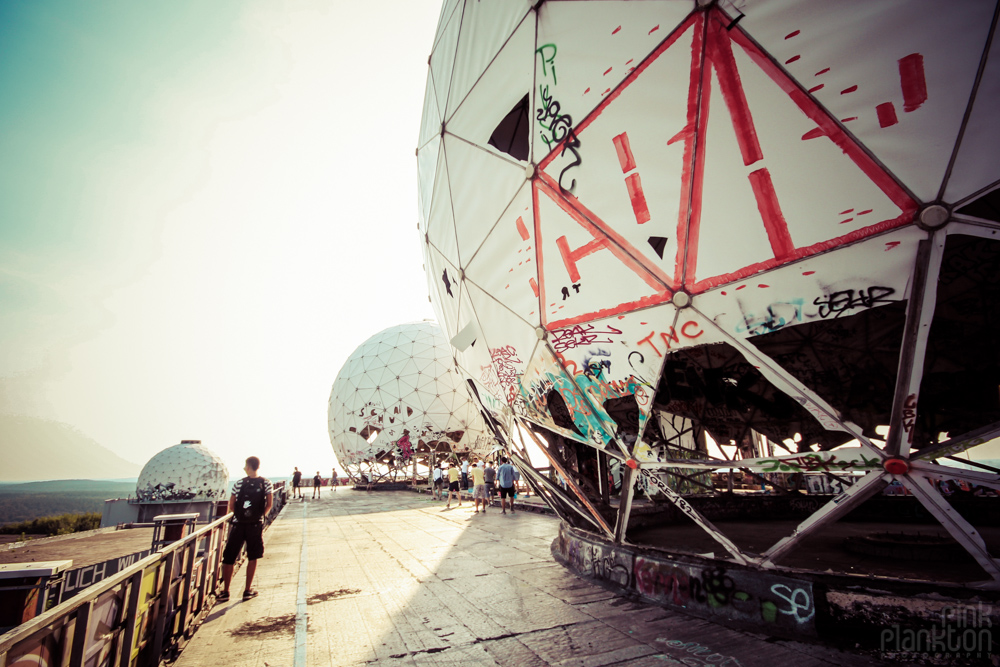