These are the figures which describe my journey from Toronto to Black Rock City, back in 2011.  And it was one hell-of-a journey...

For those of you unaware, Black Rock City is a temporal city located in the middle of the desert in Nevada.  It is where the annual Burning Man Festival takes place.  I had known about Burning Man for quite some time, and I knew this would be the year I would finally attend.  However, none of my friends (at the time) were really into it, let alone had even heard of it.  But that wasn't going to stop me from going. 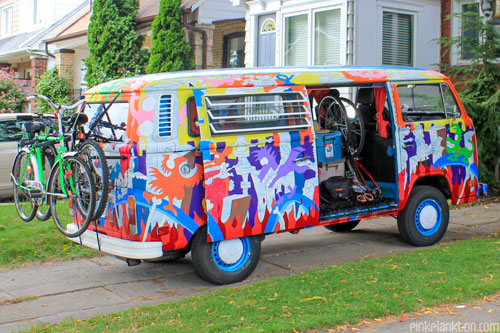 I searched online and eventually found 3 others from Toronto, all in the same boat as me.

We met up in person a few months before, which went well, and so at the end of August we were off!  The plan was to take Aaron's (aka HippieVanMan's) newly purchased off of Craigslist, 1979 Volkswagen Kombi, to the playa.  As if our ride wasn't sick enough, Aaron had a psychedelic paint job done on the van just days before we left.  Although there wasn't enough time to complete it, the van still looked pretty awesome.

We departed 5 days before the burn.  Needing to cover roughly 4000km, which translates to 40 hours of driving, we we're prepared for full 8-10 hour days in the vehicle.  Joining us for the drive was an RV full of 5 other virgin Burners like ourselves, led by one of Aaron's friends, Clay. 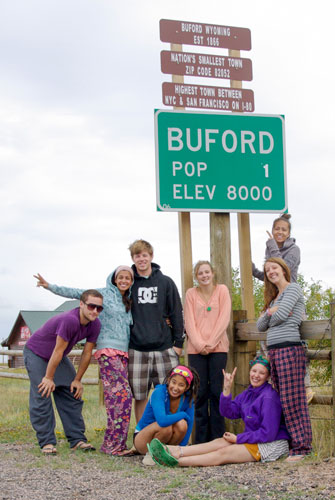 All was going well, however roughly half way through the trip the van started experiencing some issues.  We decided to pull in for the night at the nearest gas station and figure it out in the morning.   Upon sunrise, we were faced with a dilemma: the van wouldn't start.  And it just so happens that we were in the town of Buford, Wyoming, the smallest town in all of America.  Buford's population is literally 1.

We all had a good laugh at the irony of the situation.  But then it was time to figure out an action plan.  Aaron called roadside assistance and had the van towed to the nearest larger town, in hopes of finding a mechanic.  Unfortunately it was Sunday and almost everything was closed... but there was a Wal-Mart!  The Wal-Mart carried a very affordable tow hitch, and so Aaron and Clay hitched up the van to the back of the RV, we all got into the RV, and we were off again.

The remainder of the ride became a mixture of games, laughs, discussions, crafts, naps, and general shenanigans amongst the 9 of us.  The 8 hour line to get into Burning Man went by in a flash because we were all having so much fun. 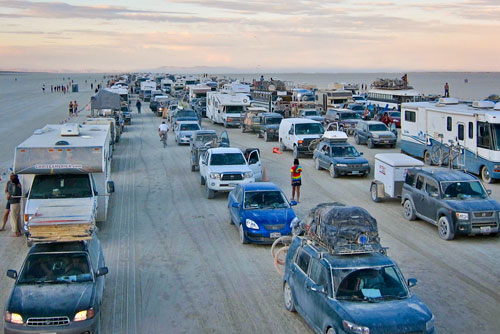 We all camped, hung out, and experienced the festival together.  And at the end of the week, we piled back into the RV for the 5 day drive home (and the shenanigans continued).

They say everything happens for a reason.  I'm so grateful that everything happened the way it did because this experience brought us together like no other.  Out of the 9 of us, no one knew more than 1 other person.  But by the end we were all like family.

My first burn was one of the greatest experiences of my life, but whenever I think back, I think about the ride there and back just as much as the actual festival.  Breaking down in the smallest town in America might seem like a shitty situation, but in this case, it was the best thing that could ever happen. 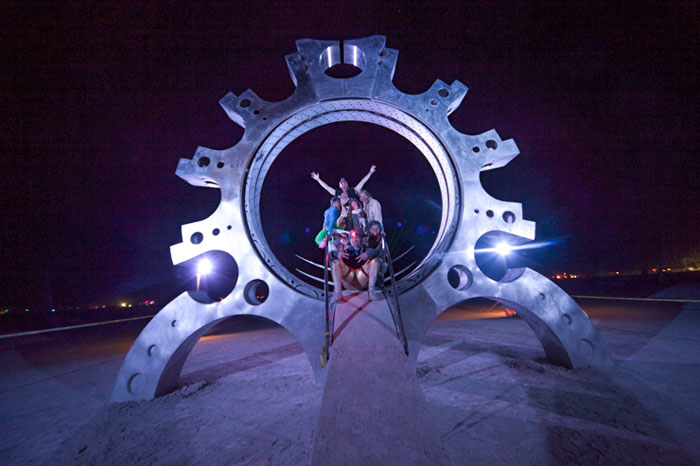 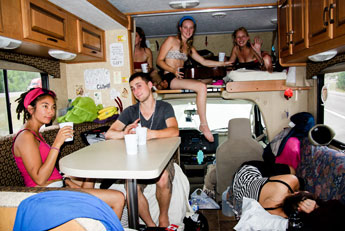 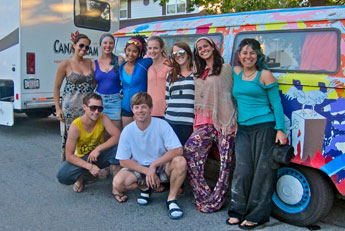