Wise Words from the Author of ‘The Backpacker’ 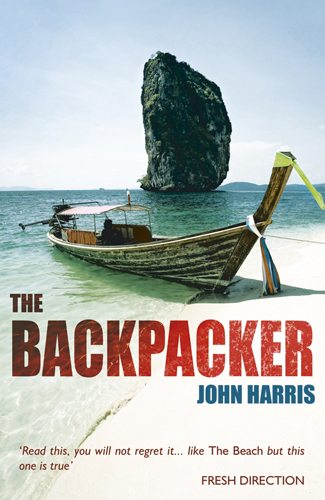 I stumbled upon a book called "The Backpacker" by John Harris, while backpacking South East Asia a few years ago. It's based on a true story, the story of his life, and its a freaking amazing story. After finishing the book I did some research on Mr. Harris and found an interview he did back in 2012. Unfortunately, the interview is no longer online, but I had saved a copy of the answer to his last question:

If you were to be remembered for centuries to come by just one mantra, what would said mantra be and why?

Don’t be afraid of your freedom.

It really saddens me to hear young people citing job security or their mortgage as a reason not to travel the world. I think it’s fear that stops people from exploring this beautiful planet we live on. By the time we leave school we’re all conditioned to get a job, start the consumer cycle and accumulate possessions.

Unfortunately the things we own end up owning us. They numb us of what really excites our senses and we start to build barricades of crap around ourselves. We become insular and the thought of leaving behind the safety makes us fearful. Who cares what car you own or what house you have ‐ it’s just stuff. Sooner or later you’re going to explode with frustration.

Also it’s the best and only way to meet people ‐ when their barriers are down. I met Rick travelling in India and I don’t think it could have come about any other way. That’s why leaving your home is so important. You have a much greater chance of meeting like minded people that way. Travellers always ask me ‐ what’s the best place I’ve been to? I always give the same reply ‐ it’s never the country, it’s the people you meet. It completely forms your view of a place, whether you realise it or not. Think about the best countries you’ve been to and I bet it’s linked to the best times ‐ which means the best company!

I’ve been to stunning islands in The Maldives and had a terrible time. I’ve been to shit holes in India and been laughing non stop. But no one would say Delhi is more beautiful than the Maldives.

All I can do is tell people they have all their life to settle down. As for work, well I’ve been away for 15 years and always found a way to make a living ‐ all over the world. Trust me, you won’t regret it. If you stay in one place I can guarantee you ‐ it will come back to haunt you later in life.