Myanmar: Untouched? Not So Much

Myanmar only opened its doors to tourism in the past 5-10 years. Before this the country was under strict military rule. Many travelers come to Myanmar expecting an "untouched" version of Thailand, or some other country in South East Asia. However, Myanmar is nothing like any of them.

Geographically, Myanmar lies between India and China, and influences from these 2 cultures are most apparent. Yet, the Burmese culture is inherently different as well; an interesting blend of both.

Myanmar was an absolute pleasure to travel. The Burmese are some of the friendliest and most hospitable people I have ever met. However, while traversing the country, I found myself questioning why? I’d like to think it is simply because that’s the way they are, but I know there is more to it.

Having just recently welcomed tourists into their country, the Burmese are still very curious about outsiders. They are excited to see new faces, new skin colors, and new hair styles. But mass tourism is rapidly on the rise and Myanmar is changing faster now more than ever. More and more Burmese are quickly realizing the lure of the tourists’ dollar. There are signs of this happening already, all along the backpacker route. 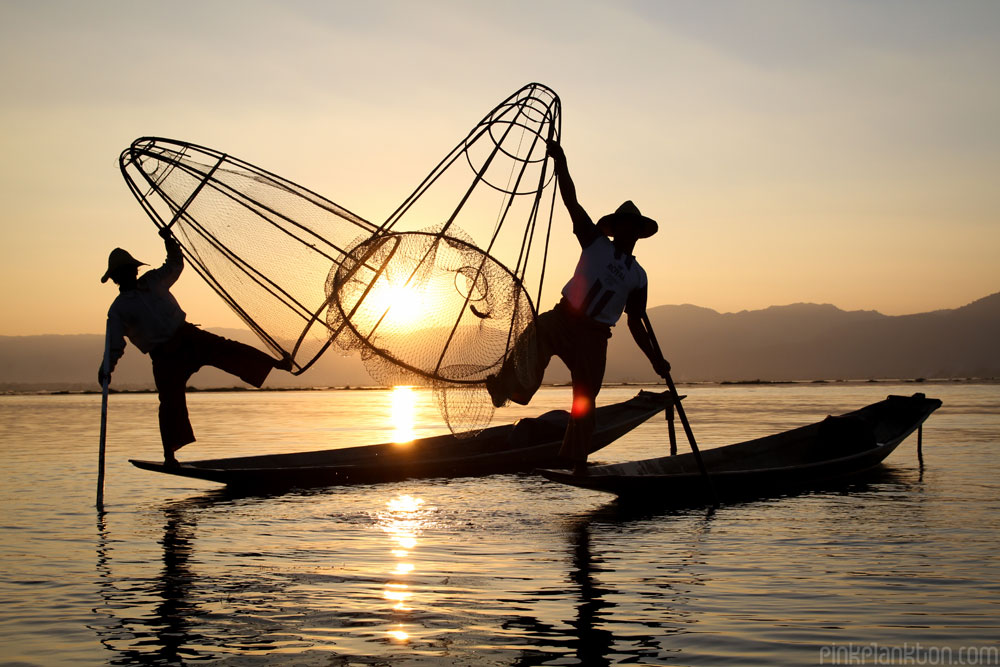 On Inle Lake, fishermen perform poses with their nets at sunrise and sunset. Their shows make for absolutely stunning photographs. The fisherman benefit because they earn a bit of extra income by asking for tips. Tourists benefit because we go home with some great shots. Yet, this also brings us tourists one step closer to being seen as a walking dollar sign, like elsewhere in Asia.

While visiting a temple, I am reluctant to admit that I was scammed into donating money to what I’m sure was not a righteous cause. I was wandering around and a lady approached me with a small cup of rice. She motioned for me to pour it onto the Buddha, as an offering, and so I did. Anywhere else in Asia, I would never have accepted anything from someone, as I’m well aware of the scams they pull. But I thought "Well, I’m in a temple in Myanmar, surely she is just being kind and would like me to make an offering." Before I knew it, I was being handed cups of water, milk, more rice, god knows what else, to pour onto this Buddha. And then at the end one of the ladies demanded 5000 kyat! "1000 for each cup!" she said. I tried to say no and walk away but she was blocking the way out!

5000 kyat is not a lot; it is the equivalent of about $4USD. However, in Myanmar that is a locals daily wage! I ended up giving 1000 kyat and storming off. The lady was not happy. At a certain point I knew I was going to be asked for money. But I was disgruntled by the fact that she demanded such an unreasonable amount and then tried to keep me there until I paid!

Perhaps my naivety was influenced by a very positive experience I had just a day earlier. I was in Bagan and riding home after dark. I noticed some temples with candles lit all around them, and so I stopped to take some photos. The 2 monks who were lighting the candles came up to me and handed me many packs of incense and candles. They invited me to join them in making their offerings. I was very touched by this, and the experience of lighting these candles in these ruins with the monks is something I will cherish forever.

These experiences reiterate the fact that there are good and bad people everywhere. Overall my experience in Myanmar was filled with good people; people not trying to take advantage of foreigners. But soon, Myanmar will be just another stop along the Banana Pancake Trail. And I fear the good people will change.

If you’ve ever taken a stroll down Khao San Road, or been “trekking” in Sapa, you know what it feels like to be seen as nothing but a walking dollar sign. Locals interact with you simply to get you to buy. And don't get me wrong, this is certainly the case in some places in Myanmar. All around Bagan you will be asked to buy souvenirs. But you wont be harassed, followed, touched, pleaded too, or made to feel guilty in some way by them… at least not yet.

These selling techniques leave a bad taste in the mouth. But the thing about it is, the annoying suit man on Khao San, or the nagging Hmong sellers in Sapa, years and years ago, before mass tourism, they were once just curious people too.

But then, as more foreigners came, more locals were lured into selling to them to make an easy buck. This led to competition. Suddenly, it wasn't as easy to sell.

It's no wonder some locals act the way they do towards foreigners. They have no other choice! Perhaps there is no such thing as "taking advantage of tourists." Perhaps this is merely the evolution of tourism in the developing world.

Is this Myanmar’s fate? I’d like to think not, yet I know it most likely is. Foreigners bring in a lot of money and everyone wants their share. In order to get your fair share, "you gotta do what you gotta do."

The more tourists that come, the more Westernized the country becomes. Hostels, burgers, pizza, ATM's… these are all things that did not exist in Myanmar 5 years ago. Are we changing their country? Are we ruining it? Have we ruined other countries in the region? I don't know. Some would say just look at the beach the morning after a Full Moon Party. Others would say look at all the new jobs and money the locals are making.

Mass tourism brings both good and bad to both sides. All I can conclude is that Myanmar is a country a midst great change, for better or for worse.