What You Don’t Know About Laos

Mention Laos, and most South East Asia backpackers think of tubing in the Vang Vieng.  Most will pass through the country without ever learning of its dark past.

During the Vietnam War, the US waged a Secret War in Laos.  They dropped more than 2 million tonnes of ordnance onto this small nation, making Laos the most bombed country, per capita, in the world.  To summarize, the US was trying to disrupt transport of war goods along the Ho Chi Minh Trail, a path which connected North and South Vietnam, and happened to run right through Laos. 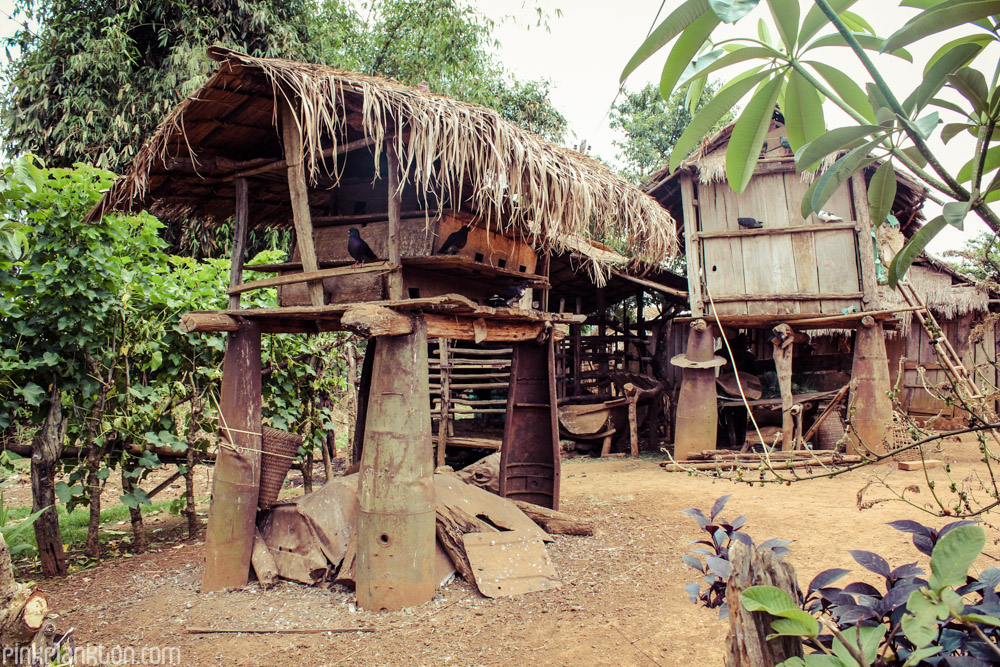 If you visit the small town of Phonsavan, you will find a startling amount of remnants from the War.  Villages use the scrap metal to build homes.  Restaurants have bombs at their front doors.  Even more shocking is the amount of unexploded ordnance (UXO) that is still in the area. It is estimated that one third of bombs that were dropped in Laos did not explode.  And thus, they are still at risk of detonating in present day.  To put this into perspective, about 270 million cluster bombs were dropped in Laos during the Vietnam War, and about 80 million did not detonate. 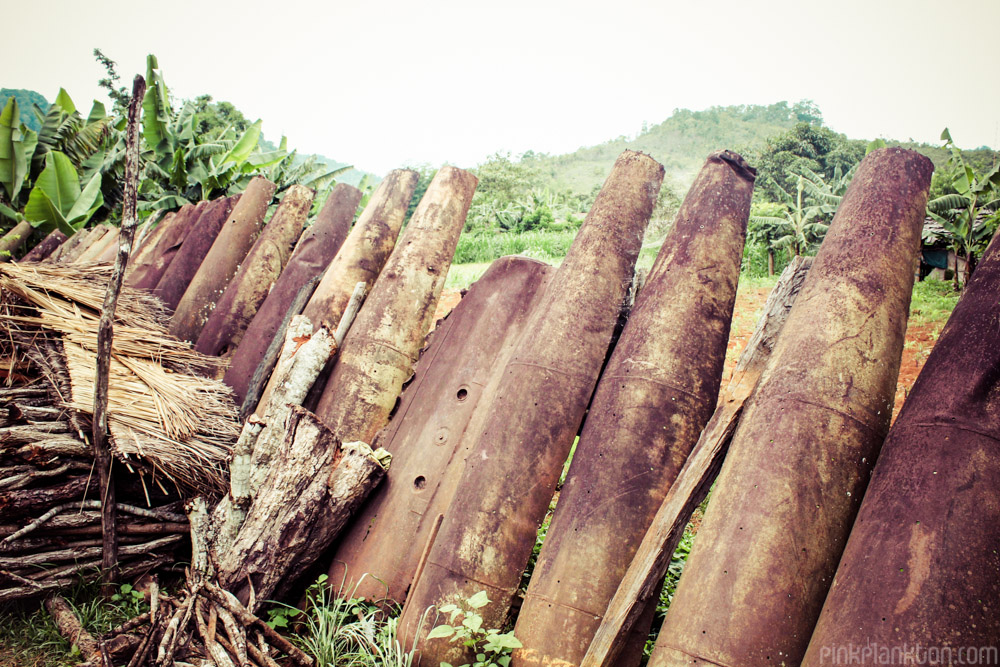 It has been more than 40 years since the war, and Laotians are still dying, to this day.  Curious children playing in the fields are still stepping on landmines.  Farmers cultivating their land are still digging up cluster bombs.  Many criticize the US for their lack of assistance in cleaning up the mess they have left behind. 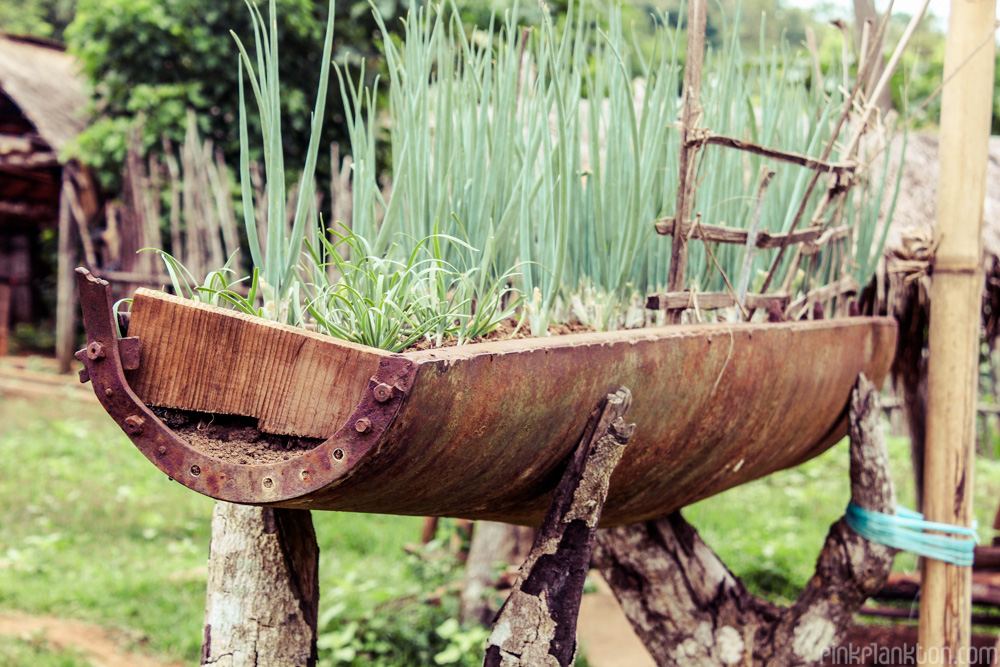 Between 1995 and 2013, the US spent roughly $3.2 million per year on UXO clearance in Laos.  Yet, they spent $13.3M per day (in 2013 dollars) over the course of the nine year war, on bombing Laos.   The US has not done nearly enough to clear all of this UXO that has been left in Laos, a peaceful country that had nothing to do with the war to begin with. 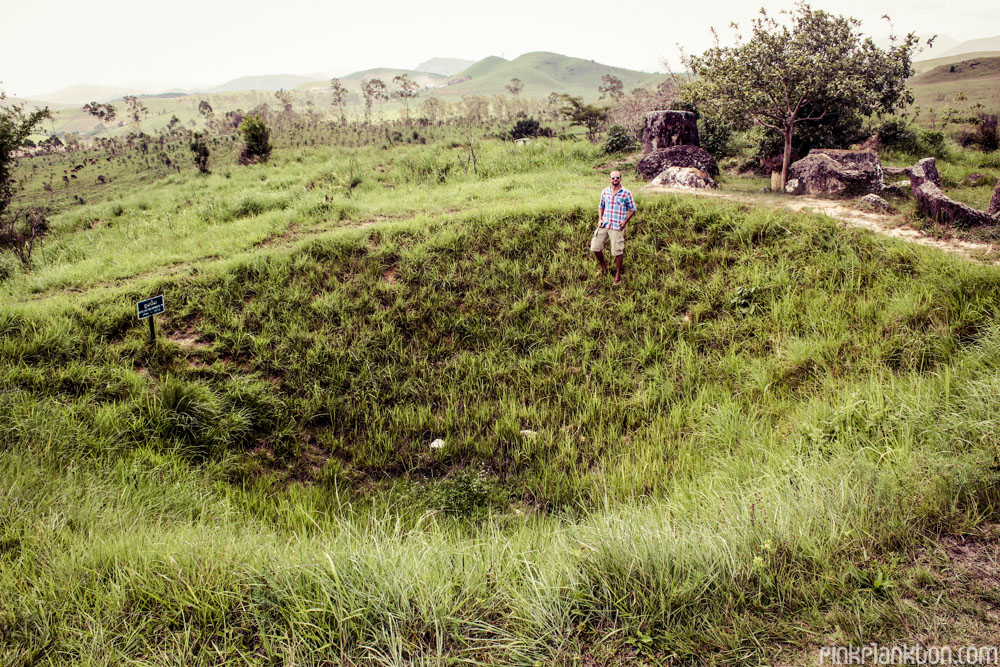 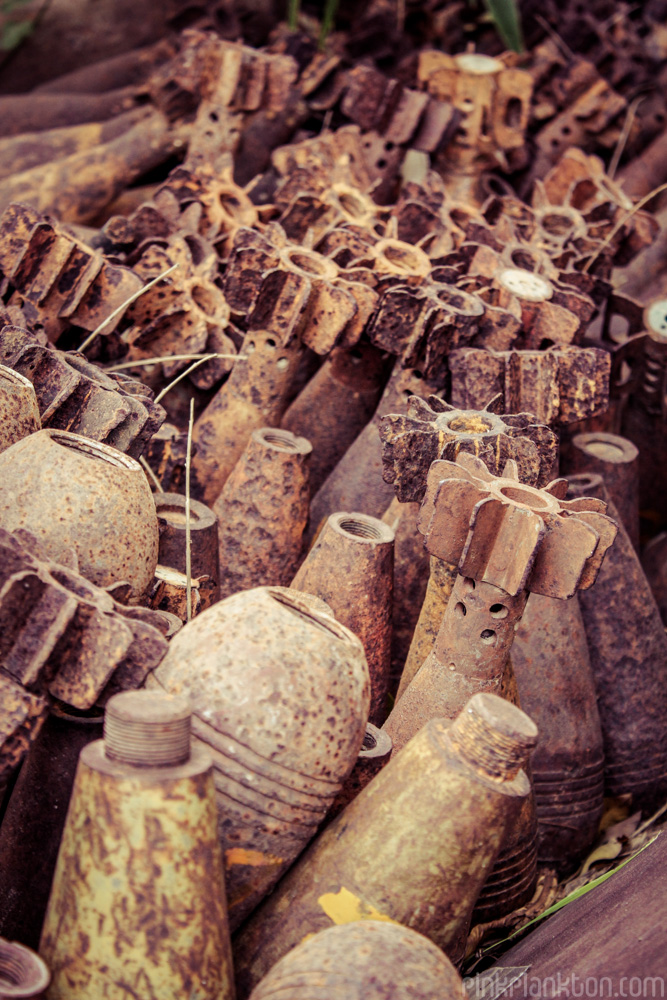 On a lighter note, Phonsavan is also well know for the Plain of Jars. Scattered throughout the area are huge stone jars, as seen in the pictures below.  There are 3 different jar sites, spreading vast distances.  Archaeologists are still boggled by the meaning of these prehistoric objects.  Some estimate they were used as tomb stones, others say they were used to collect rainwater.  There are a number of different theories, perhaps we will never know! 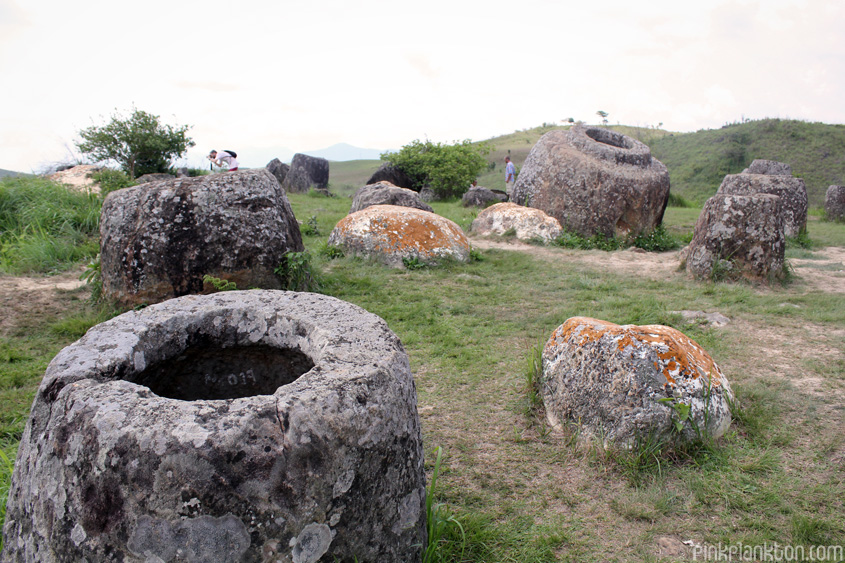 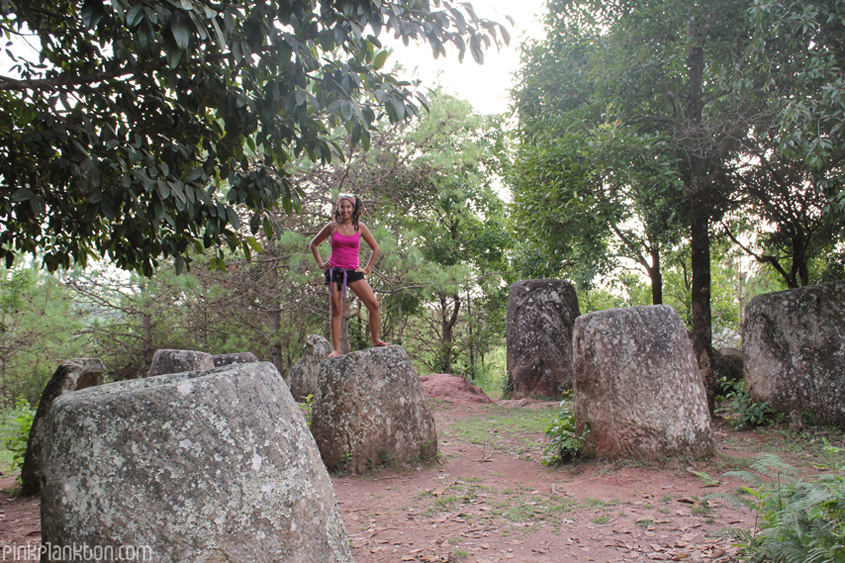 All facts courtesy of Legacies of War.