Swimming with stingless jellyfish has been at the top of my bucket list for ages.  Finally, in 2019 I planned a trip to the Togean Islands of Sulawesi, Indonesia.  Here lies one of the few jellyfish lakes in the world.

The most popular jellyfish lake is in Palau, a small country in Oceania.  There are actually a few more in Indonesia, one off of Kalimantan (Borneo), and one in Raja Ampat, and a guy working at our hotel said there are more that have yet to be discovered, or that are too difficult to get to.  Although I’d spent years living in South East Asia in the past, I never made it out to one because they are all super difficult to get to.  Each one is located on a remote island that takes days to get to.  But finally, I made it out to the one in the Togean Islands.

So why are the jellyfish stingless?  Well the lake was once connected to the ocean, but over many years, land shifted and it closed off.  Without any natural predators, the jellyfish have lost their ability to sting. Technically, they can still sting, but their ability has gotten so weak that humans can’t feel it.

Swimming with them was absolutely amazing, their movement was so mesmerizing to watch!  They seemed so calm, just blooping away, in whatever direction they felt.  Some were super small; some were the size of my palm.  There weren’t as many as I had seen in photos of other lakes, but this was fine.  I’m so happy I finally got to see them. 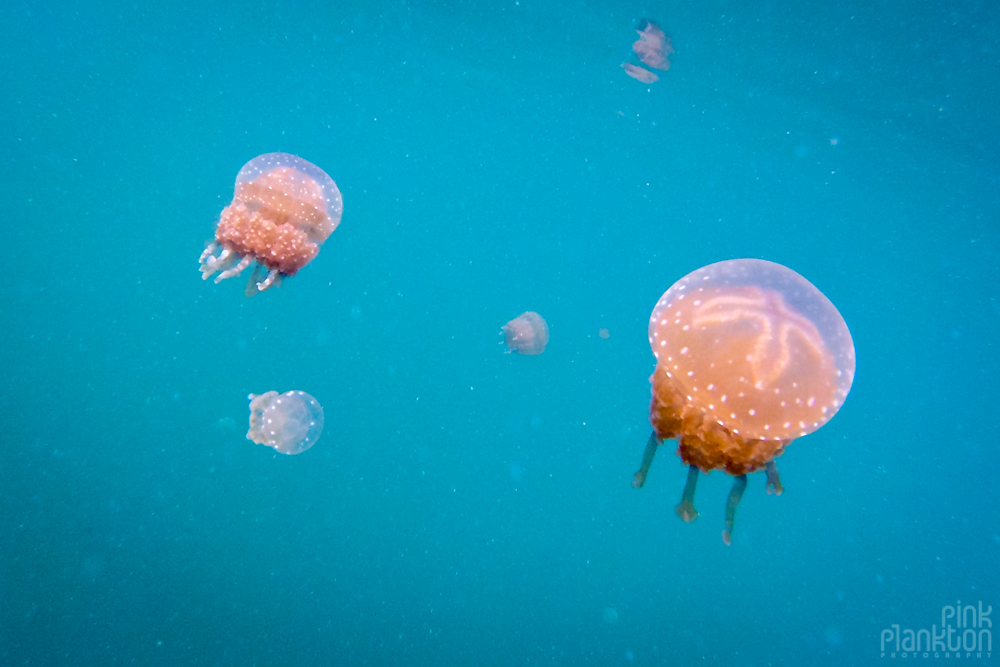 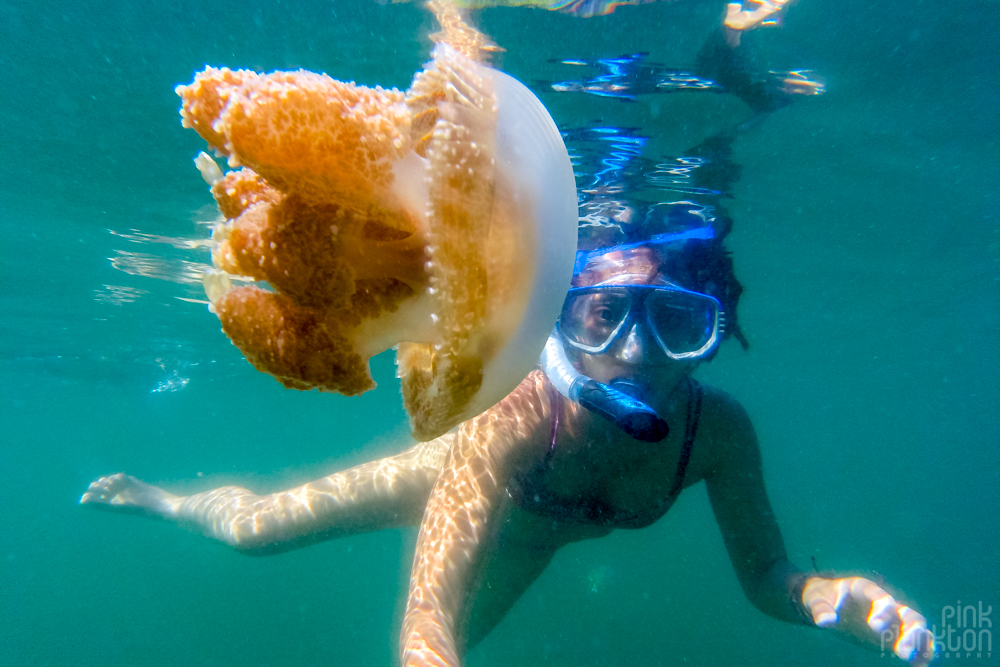 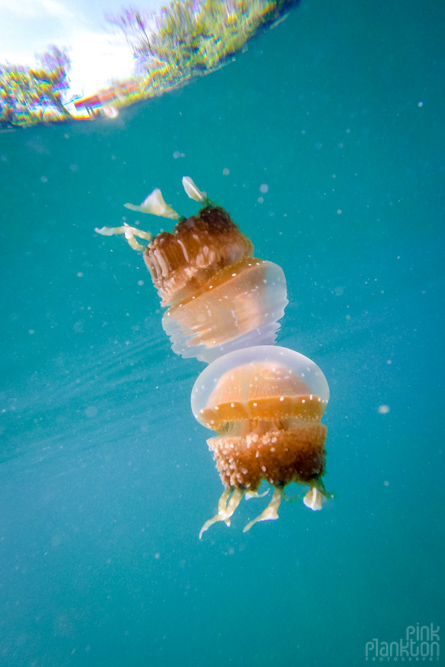 Jellyfish near the surface of the water create a cool reflection. 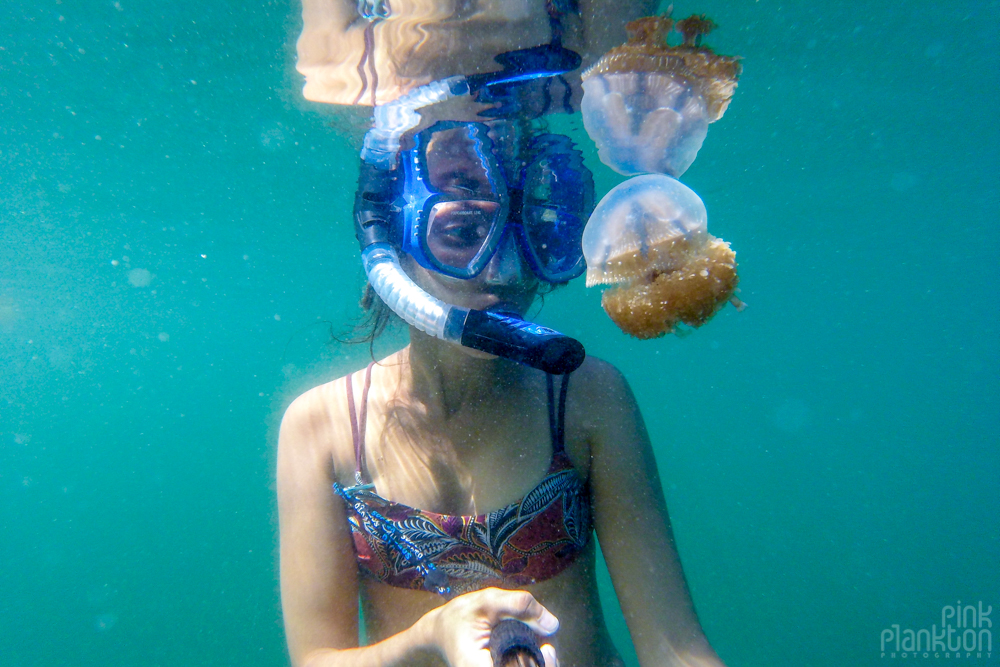 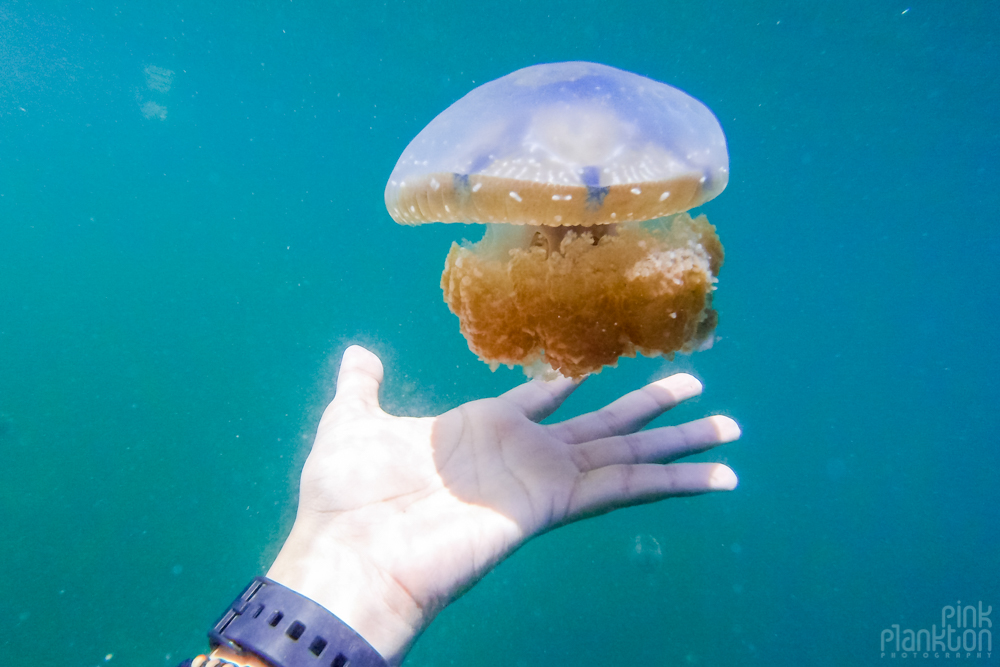 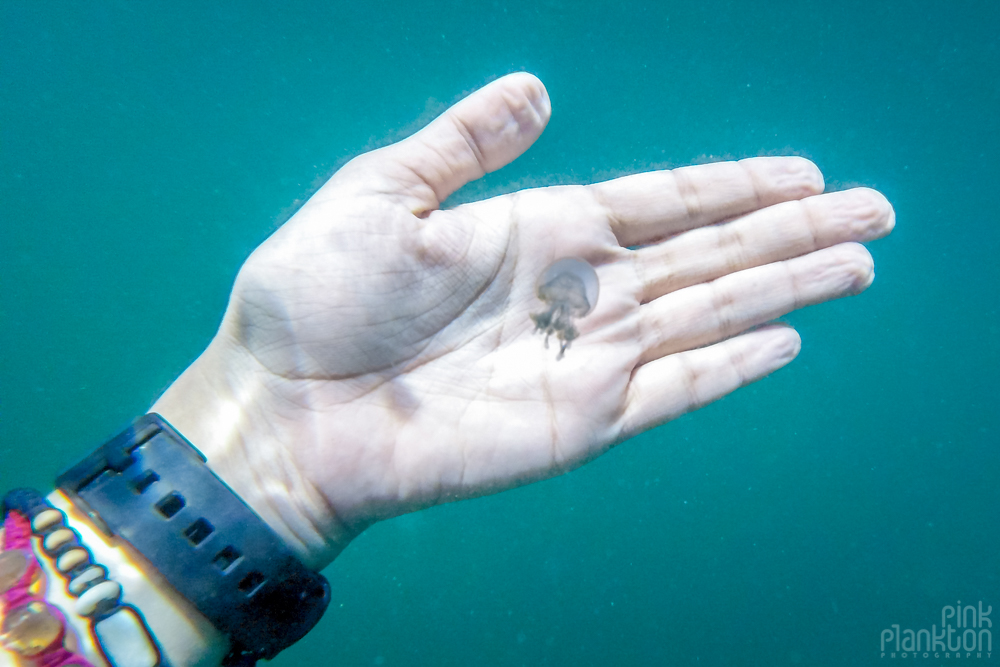 Some were so tiny! 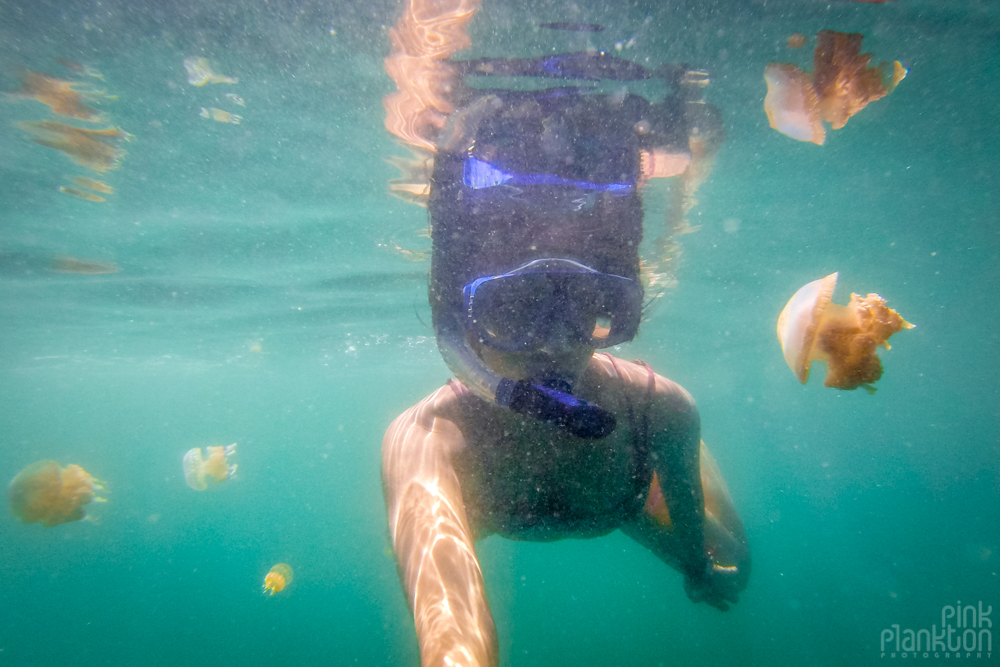 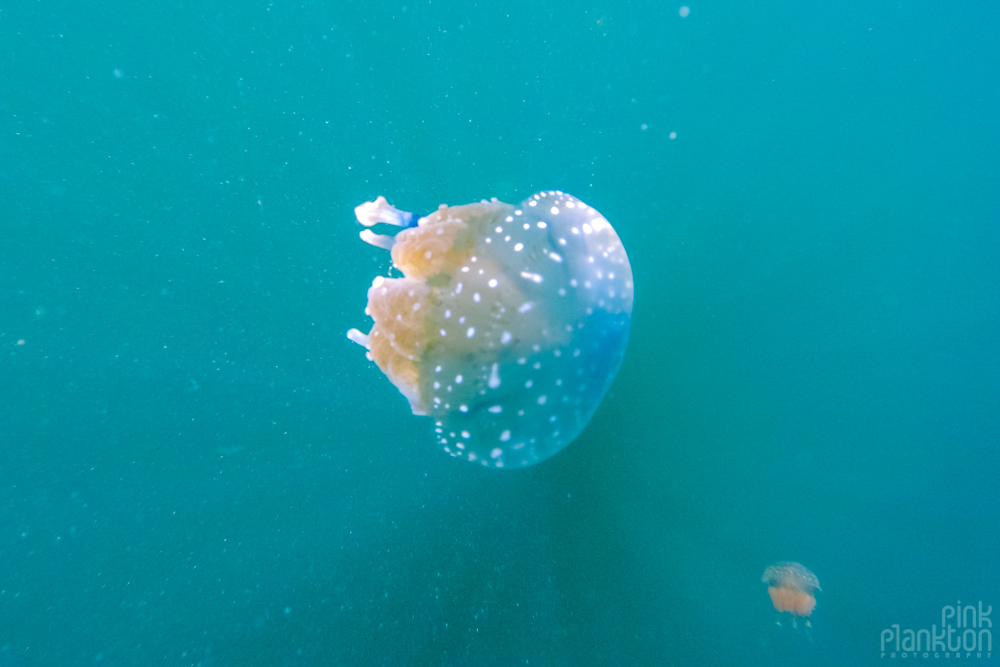 And some were blue! 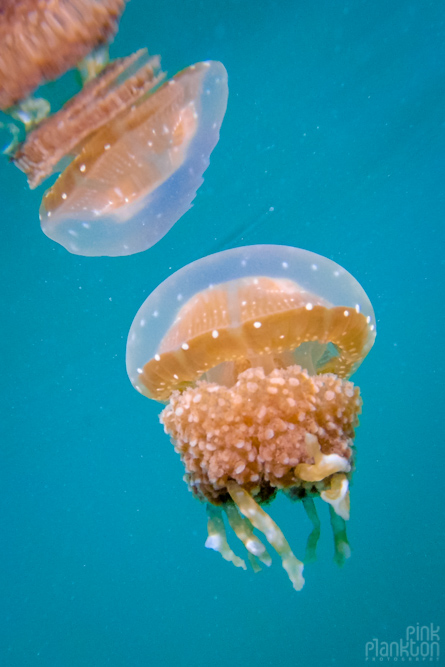 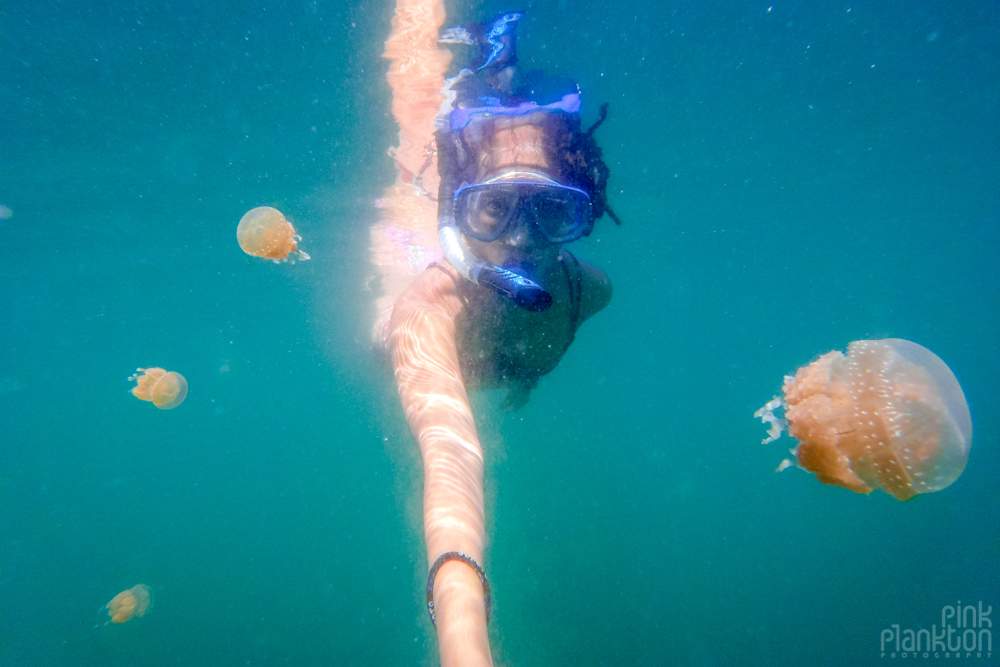 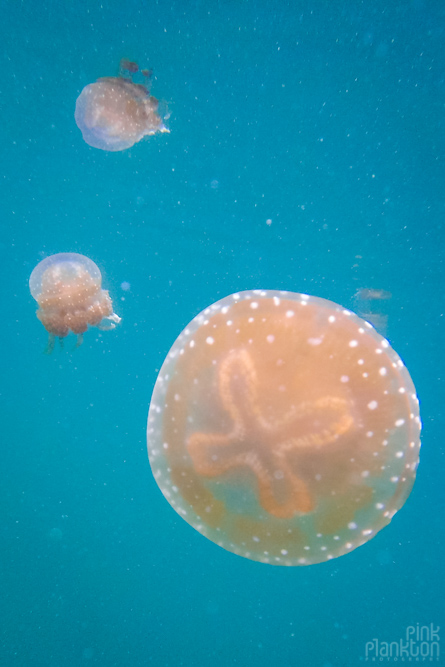