What do a tiny island in Belize and Burning Man have in common? 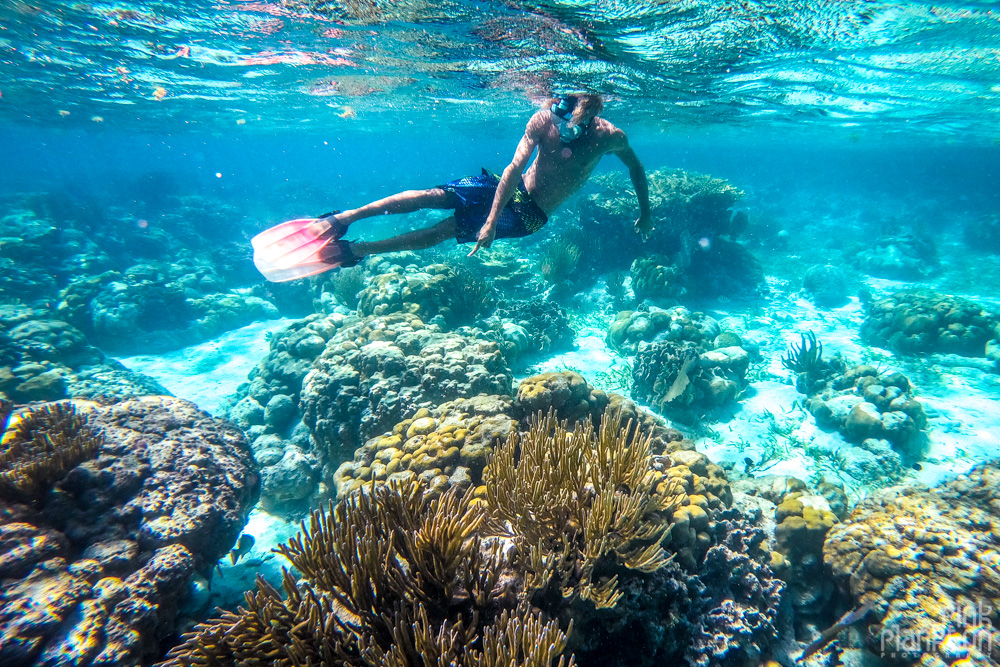 In May 2021, I took my first trip abroad since COVID.  I traveled to the small island of Caye Caulker in Belize for a five-day trip.  Dubbed as the backpacker island, I thought it’d be the perfect destination for a solo adventure. I was thrilled to experience the excitement of travel again and to see a new country after not being able to for so long.

The morning that I left, a Slack message from work came up on my phone prior to me turning off my notifications.  Someone had sent a Burning Man video in a thread where we suggest videos to repost on our social channels.  At the time, I thought nothing of it.  But then a few more things started happening that seemed all too coincidental…

I arrived on the island in the late afternoon.  I checked into my hotel and ventured into the centre of town to find some dinner.  After eating, I decided I would try going out.  I hadn’t traveled in so long and I had been quite anti-social due to COVID, so I was actually feeling a bit nervous about going out on my own.  I’d traveled the world solo and normally this would not phase me, but after so many months of keeping to myself and close friends only, the thought of having to interact with strangers was a bit daunting.

As I was nervously walking down the street wondering which bar I should try my luck at, some old dude called out and tried to get me into this bar.  It didn’t really look like my kind of scene from the outside, so I politely declined.  But then he said, “C’mon, hey, are you a Burner?”  He had my attention now.  I turned around and said, “Yes, how did you know?”  We chatted about Burning Man briefly, as you do, and I decided that this was indeed my sign to go into this bar. 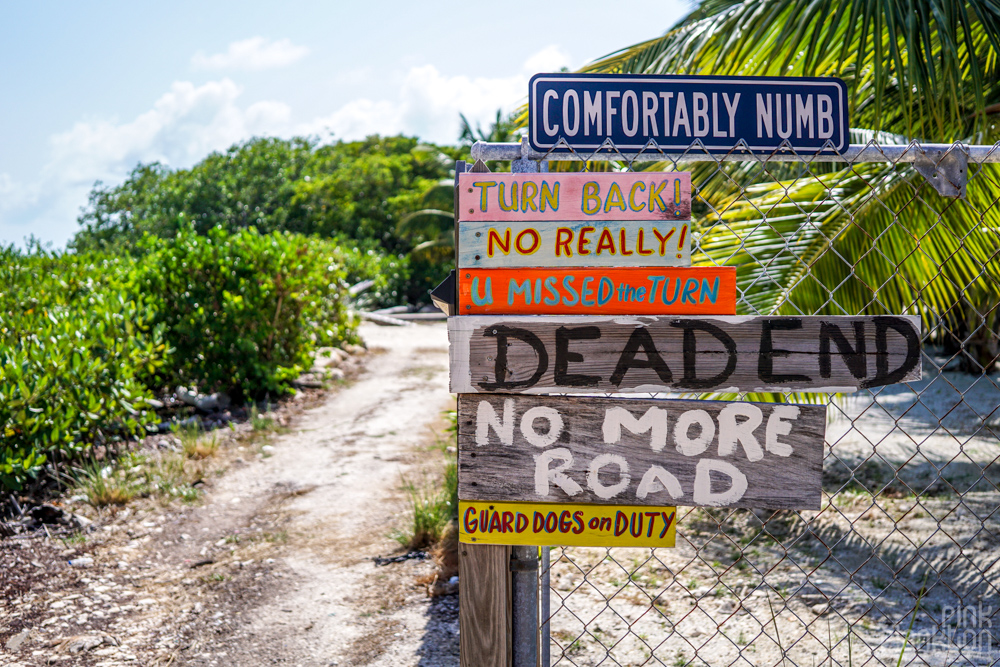 The evening turned out perfect.  Not overly social, but just social enough, as if to ease me back into human interaction.  Just enough to remind me that if I just be myself and go with the flow, the events of the trip would unfold themselves.  This was an important lesson that I learnt at my first Burn.

The next day, I rented myself a bike and rode out with no plan.  There are no paved roads on Caye Caulker, only sand roads.  The locals are super friendly here, everyone greets you as you pass by.  Some even ride by while singing or wailing at absolutely no one in particular.  I had flashbacks of riding out on the playa. It felt just like at Burning Man.

I rode past some guy sitting in an interesting looking chair made of wood. He waved me over and I seized the opportunity.  We chatted for a bit and upon parting ways he told me to say hi to the coconut-selling guy at the end of street, which I did.  One thing led to another and the next thing you know I was riding on the back of a golf cart across the island with three new friends.  The people I met that day led to more new connections and they all became my group of friends for the duration of the trip.  It was all rather effortless, just like what I’d experienced at Burning Man!

The next day, I followed a hand-painted sign on the street to The Old Salt Gallery – a small gallery of work by Matty Dreadlock, and old hippie artist who’s been traversing the Caribbean and playing reggae the majority of his life.  He had quite a few interesting stories to share. Just the kind of fascinating type of person you'd encounter at Burning Man. 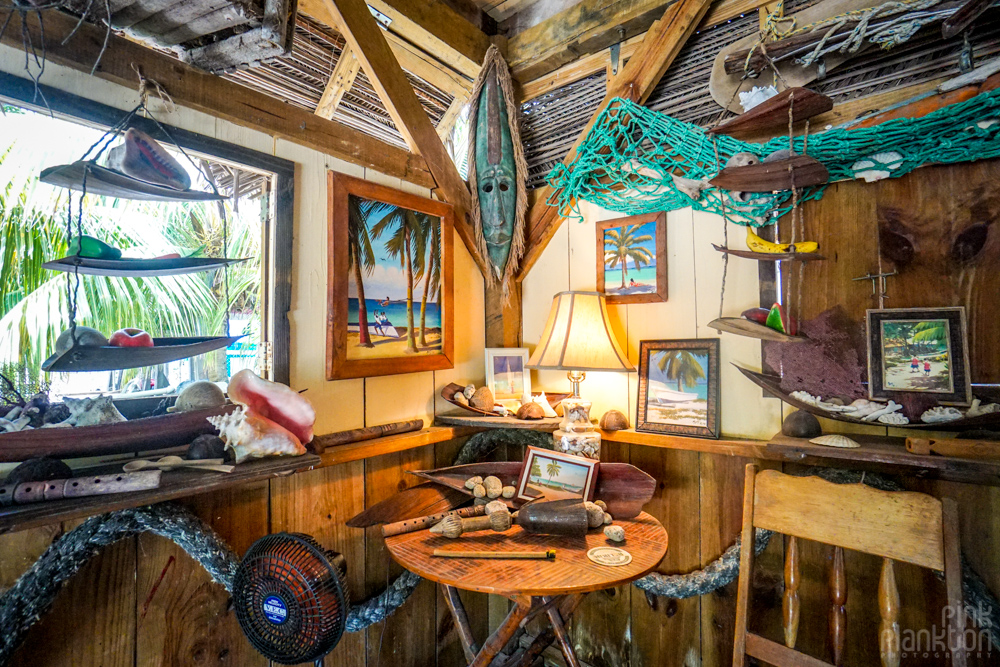 Throughout the trip I basically just kept coming across things that had a relation to Burning Man, in one way or another.  One day, I decided to go on an adventure to the other side of the island.  I came across a mangrove pet garden, where you were instructed to plant your own mangrove tree.  The participatory aspect made it a very Burning Man-esque project. 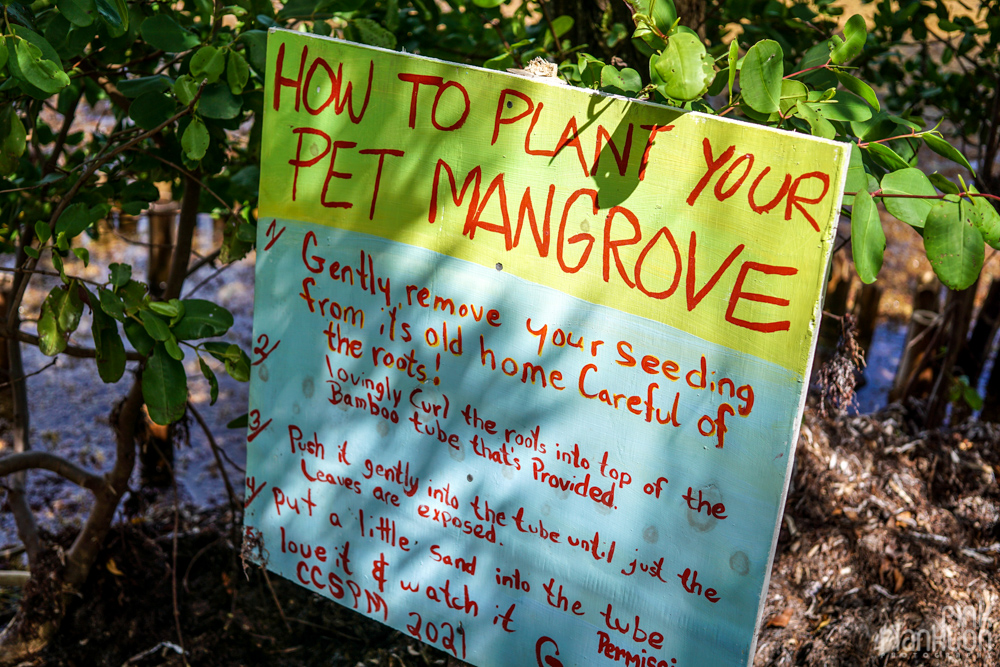 Later on, I literally found an area of mud that looked like the playa - just take a look at the photo! 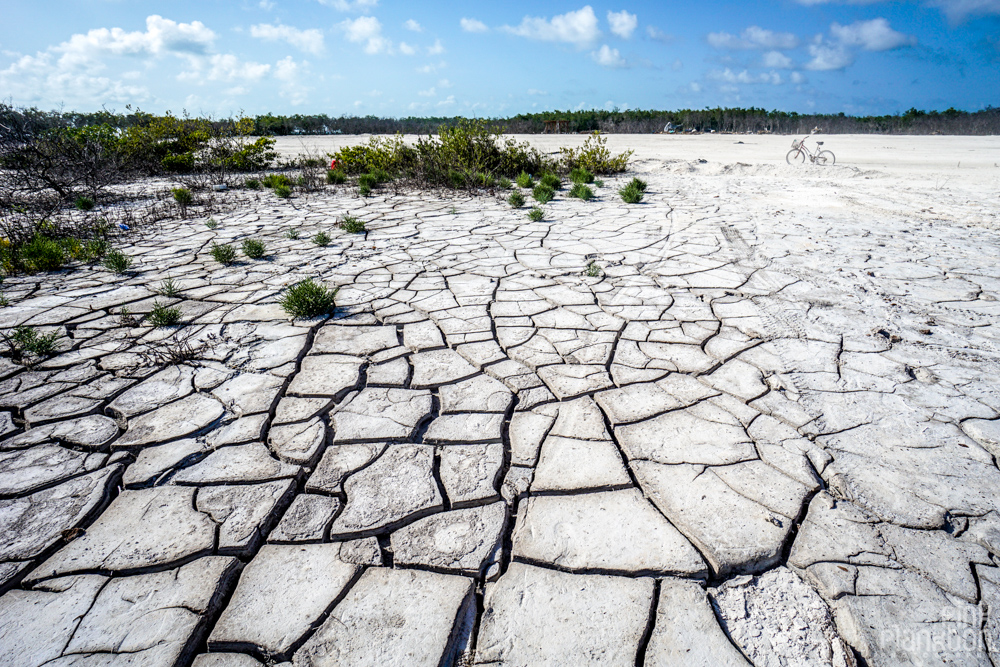 Countless other smaller details contributed to this underlying narrative - the wood-constructed bars lit with hanging string lights, the hand painted signs, the way someone stopped to help me when my bike chain came off… I even met a guy that built his own boat!  Very Burning Man DIY, self-reliance mentality.  Everywhere I went, random people stopped to talk to me, or I’d run into someone I already knew, then a new adventure would start.  There was no need to plan anything because on my way to something, something else would transpire, just like at Burning Man! 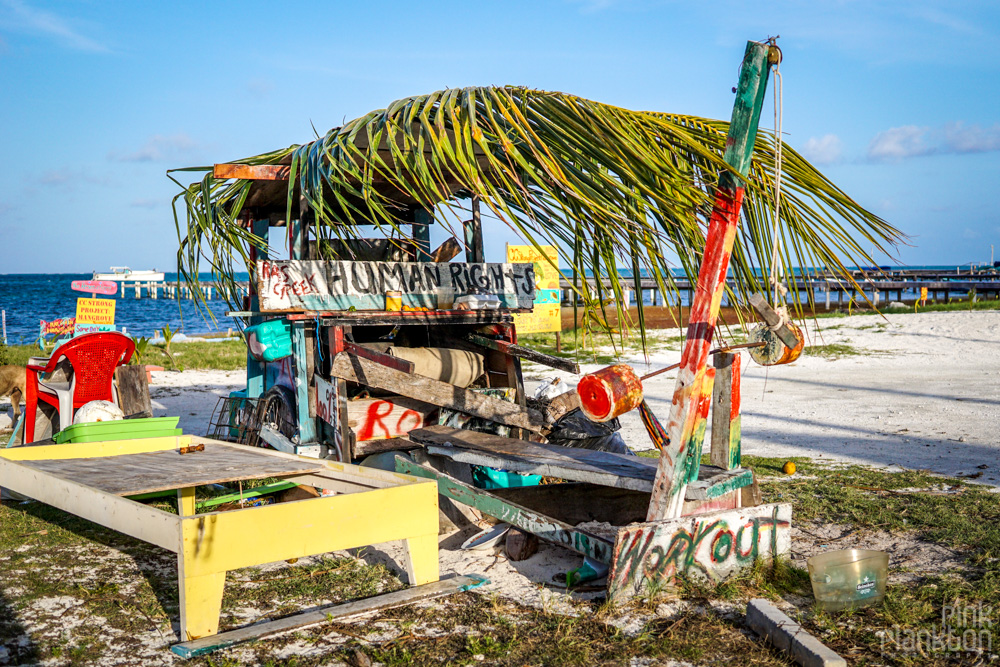 On one of my last nights, a new friend was telling me that she was experiencing some really odd synchronicities on the island.  Anyone who’s been to Burning Man knows that Burners LOVE to talk about synchronicities that happen on the playa.  And well, this was a synchronicity in and of itself!

The story wouldn’t be complete if I didn’t mention that I was stoned for a lot of the trip.  Almost everywhere you go, someone is rolling a joint (hey, it’s the Caribbean), so this slightly altered state added to the Burning Man feel too.

Anyways, whether or not I am assigning too much meaning to random events of the trip, I felt like if there was a lesson in all of this, it was that I needed to bring the festival mentality back into my everyday life. I needed to be more open to meeting new people, going with the flow, and allowing one opportunity to lead to another.  Prior to this trip, I was craving new connections, but felt that putting in the effort was a waste of time, since the town I live in is so transient.  I realized I needed to just go for it, because you really never know what new connections can transpire.

Caye Caulker somehow reminded me of that Burning Man magic, without actually being at Burning Man, during a time when I probably needed it most.  I’m super grateful to have met all the wonderful people on this island that helped me come to this realization.

Here are a few more photos from the trip that I really like: 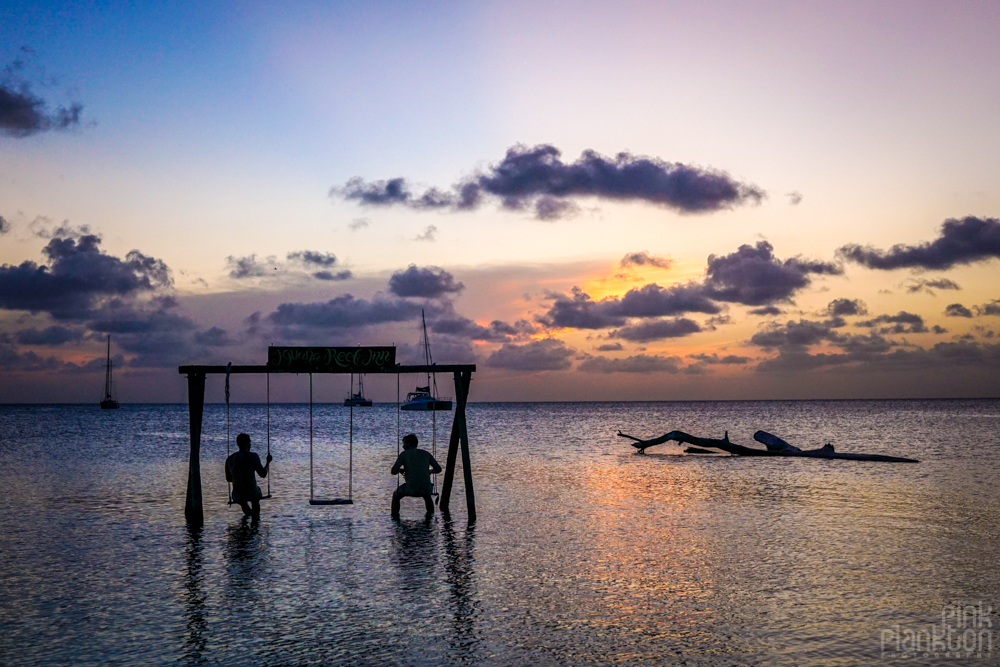 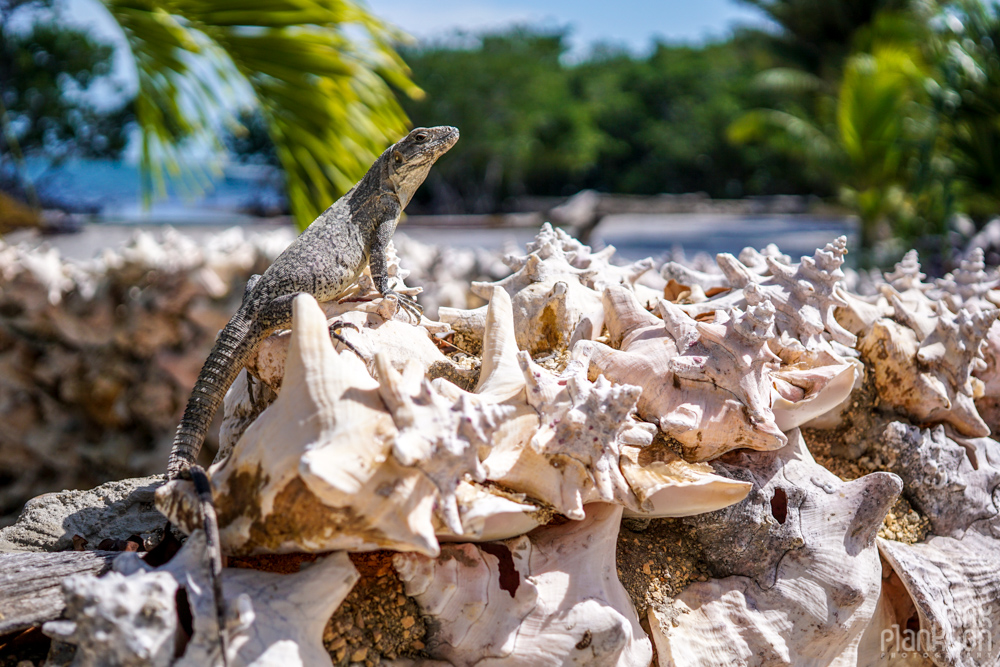 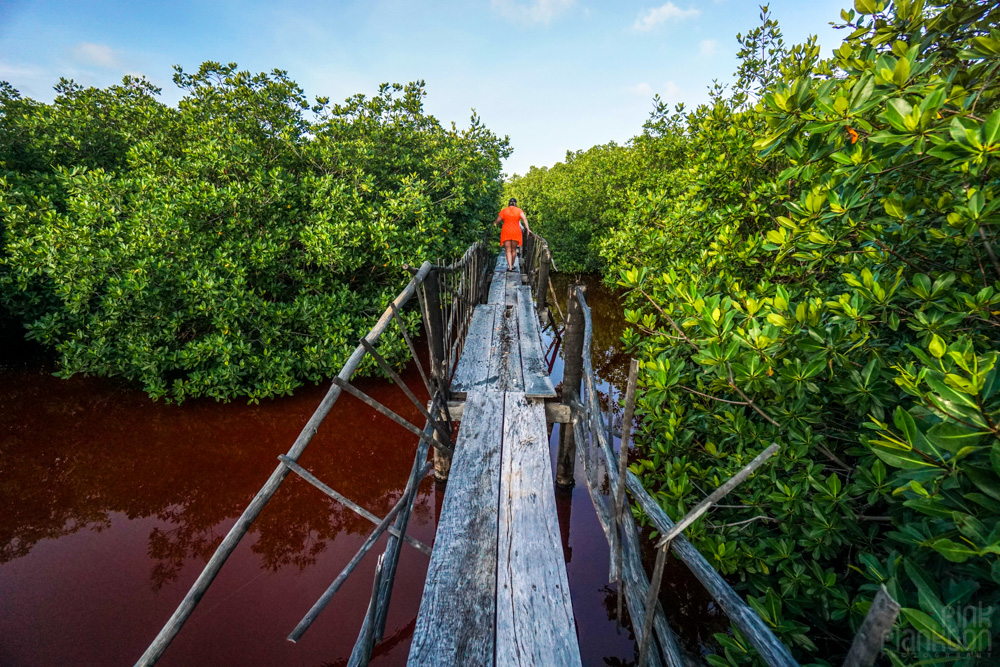 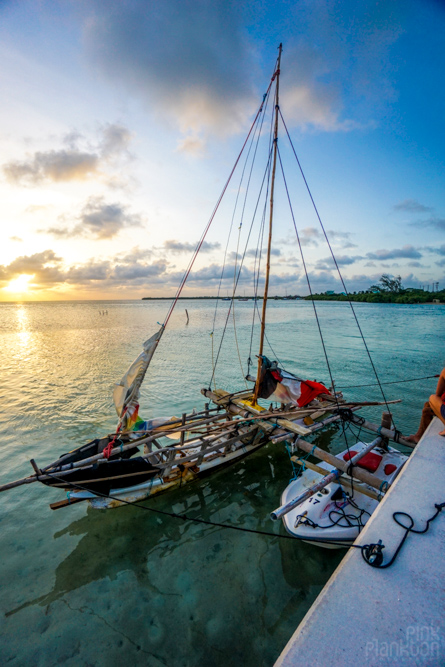 This is the DIY sailboat I mentioned above, built by Rootsman. 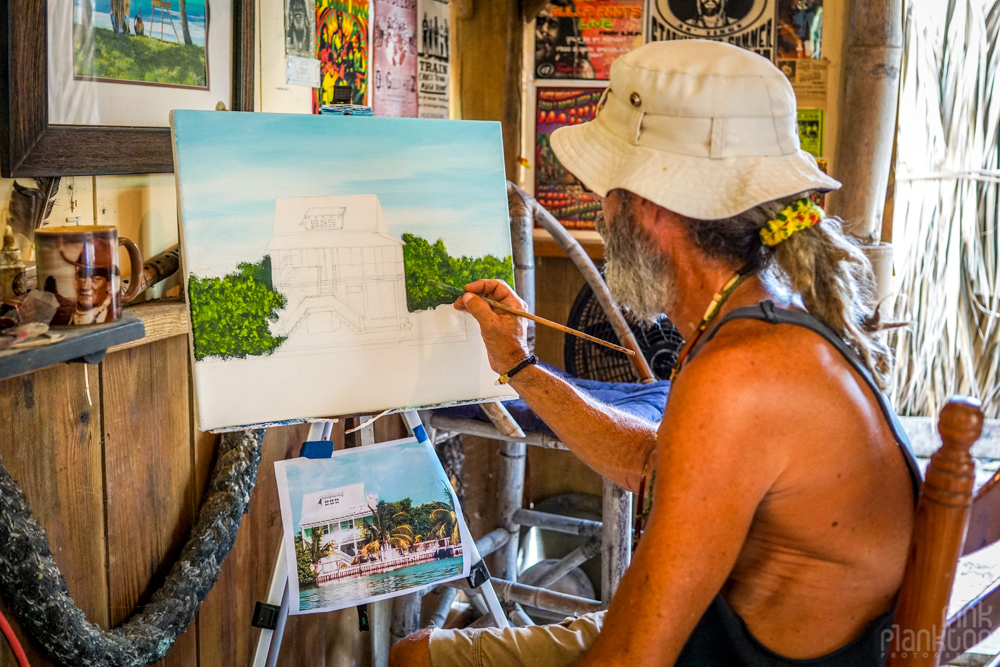 This is Matty painting in the gallery. 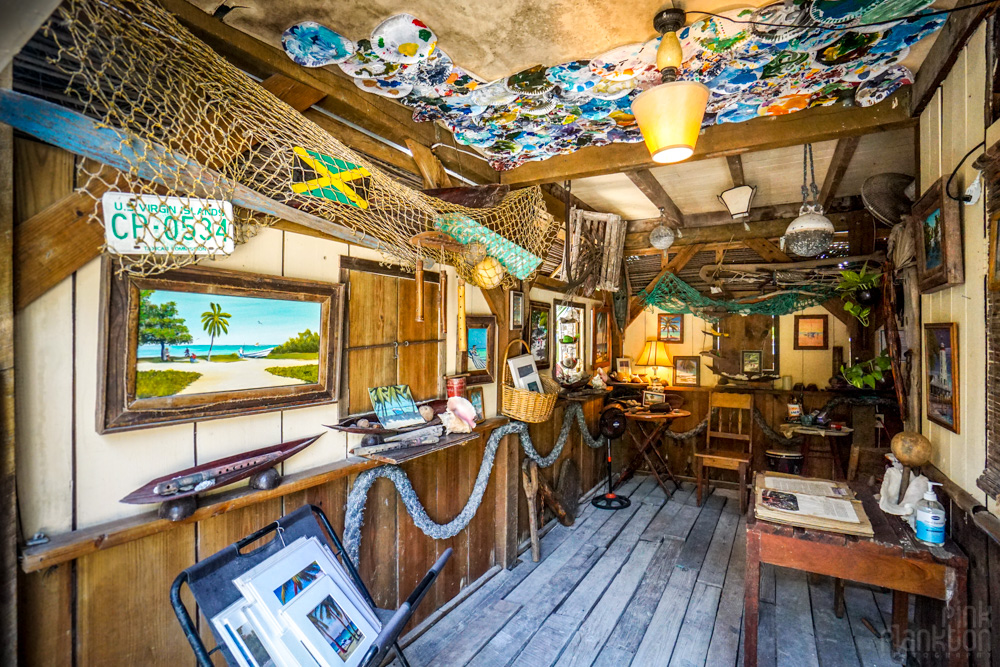