Rare Photos of Namibia’s Sossusvlei on a Cloudy Day

Sossusvlei is Namibia’s most iconic attraction, and rightfully so. This area of the country is famous for its surreal desert landscapes and gigantic red sand dunes.  It is unlike anywhere else in the world and a trip to Namibia wouldn’t be complete without a visit here.

There is an area inside Sossusvlei known as Deadvlei, which translates to “dead marsh”.  Deadvlei is a white clay pan with dozens of dead tree skeletons still intact. About 900 years ago, water from the nearby river was cut off by dunes that formed.  The area became so dry so fast that the trees could not even decompose properly.  They still remain standing today, scorched black by the sun.

It almost never rains in Sossusvlei.  In fact, it receives an average of just 50mm of rain per year!  Normally the skies are blue, the dunes are bright red, and the sun casts beautiful shadows of the trees on the white clay ground. It’s a photographer’s dreamland!  Especially for my style of photography, which is very colorful, saturated, and contrasty.  However, the day I went was one of those few cloudy, rainy days out of the year.

At first, I was definitely a bit disappointed.   But let me paint the entire picture for you: I had wanted to visit and photograph this place for many years.  I had arrived in Namibia a few days prior and spent the entire time trying to figure out how to get here.  All the car rental agencies were fully booked.  I somehow lucked out and found the last 4x4 in town.  Thankfully, I was able to find three new travel friends to accompany me and split costs with.  We drove for 6 hours from Swakopmund to Sossusvlei on a bumpy, dirt road.  That night we camped out in the truck and headed into the park the next morning.  To get to Deadvlei there is about 5km of sand road.  I had never driven a 4x4 before in my life, let alone on sand.  But after educating myself with the help of YouTube, I went for it, and we didn’t get stuck!  After coming all this way, just as we pulled up to Deadvlei, the clouds rolled in and it started to rain. Oh, the irony!

Of course, I was still extremely grateful for the privilege to be able to travel to such an amazing place.   And I am glad I had the opportunity to capture some rare photos of Sossusvlei in the clouds. Below are some of my favorite shots: 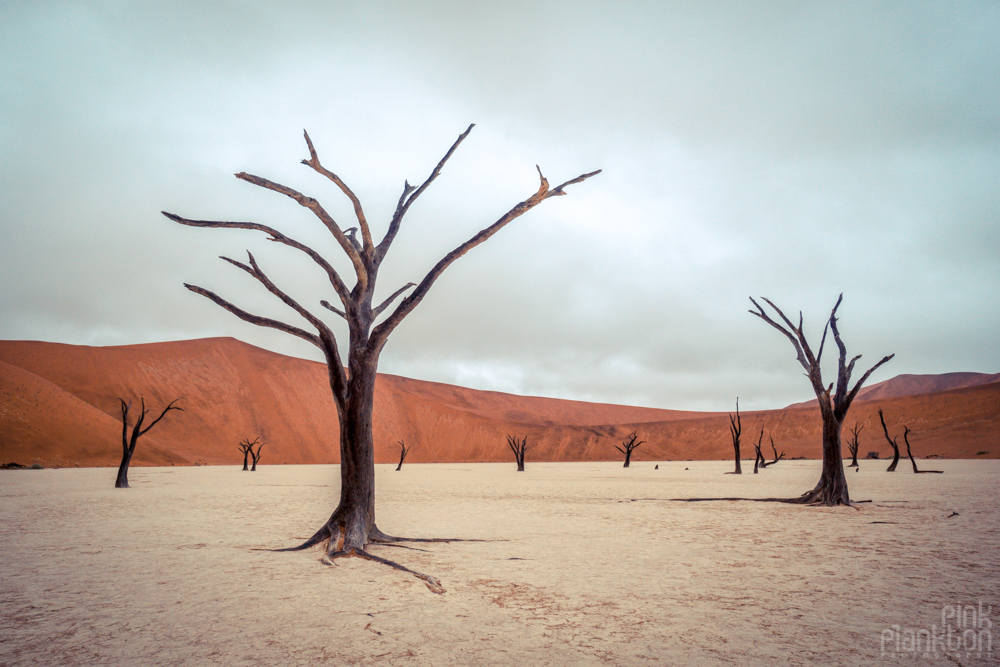 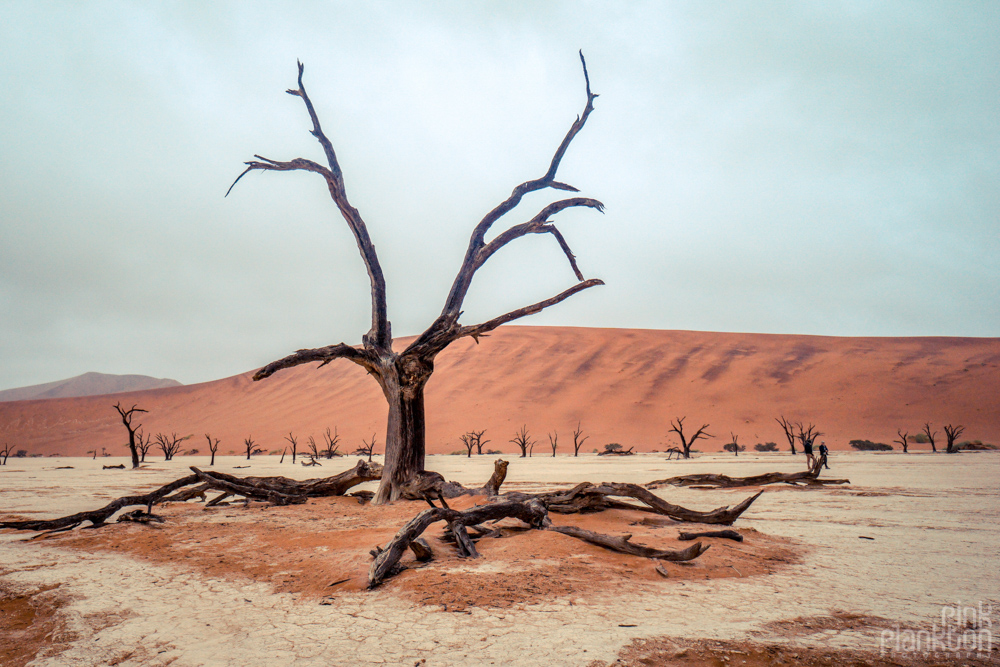 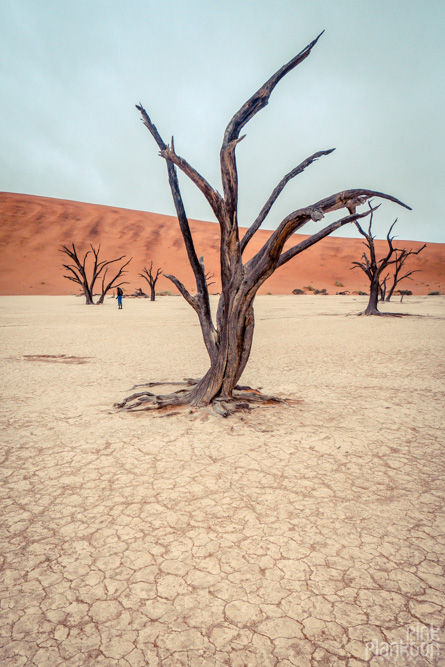 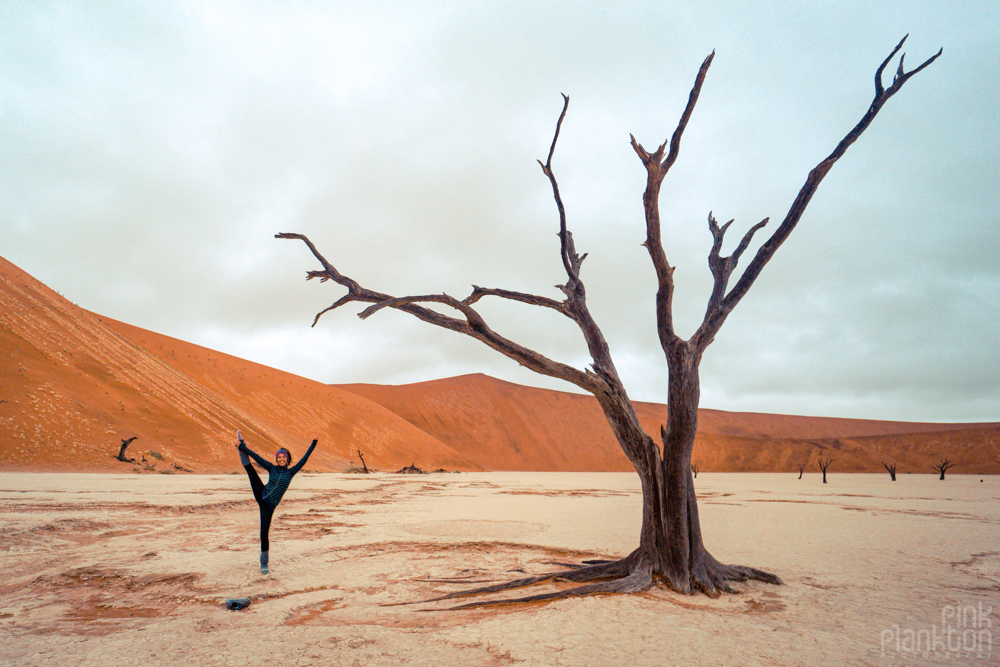 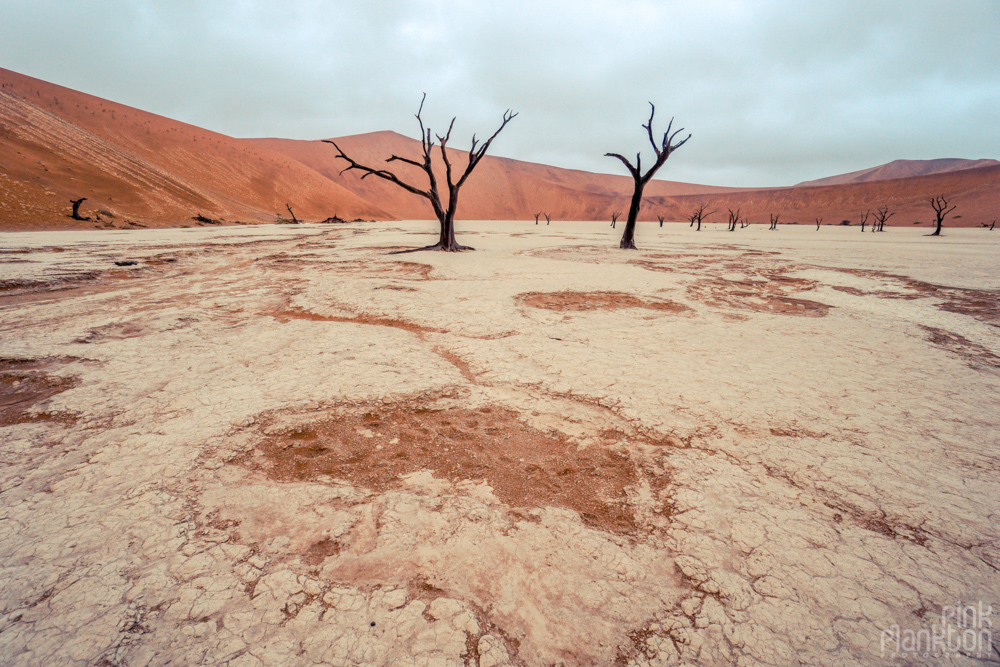 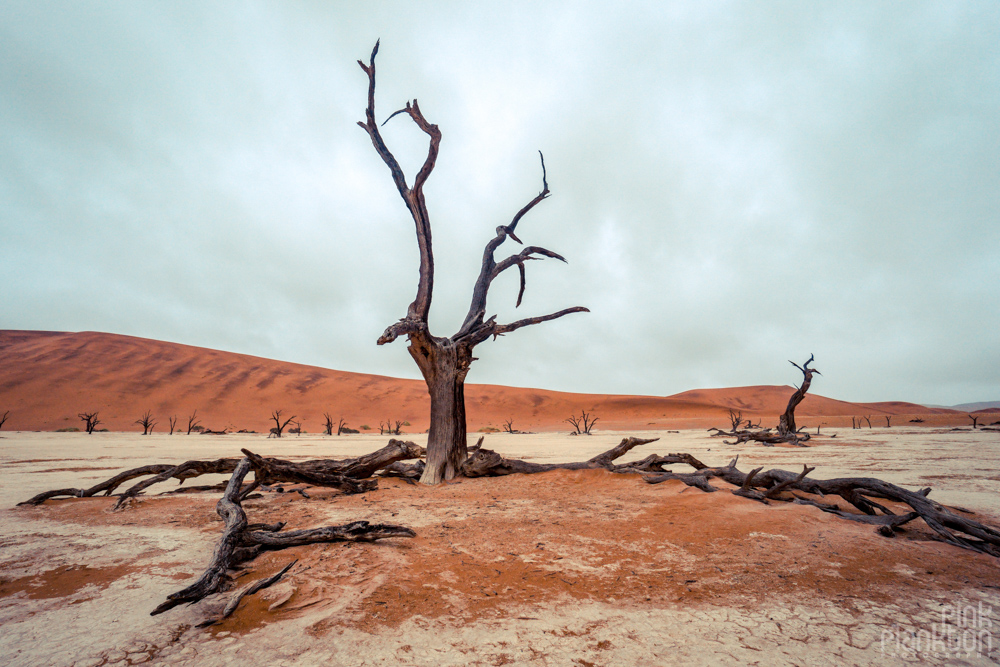 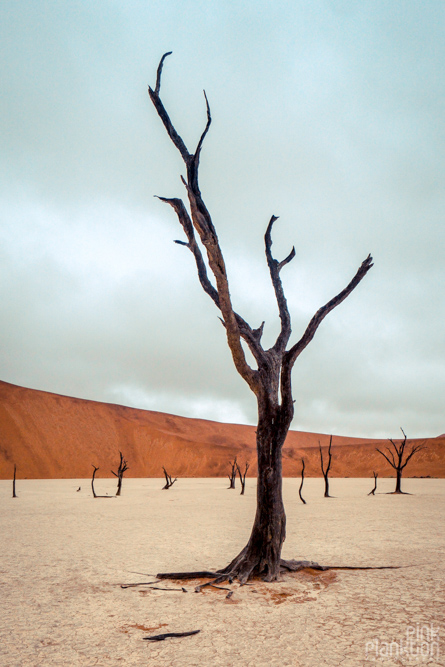 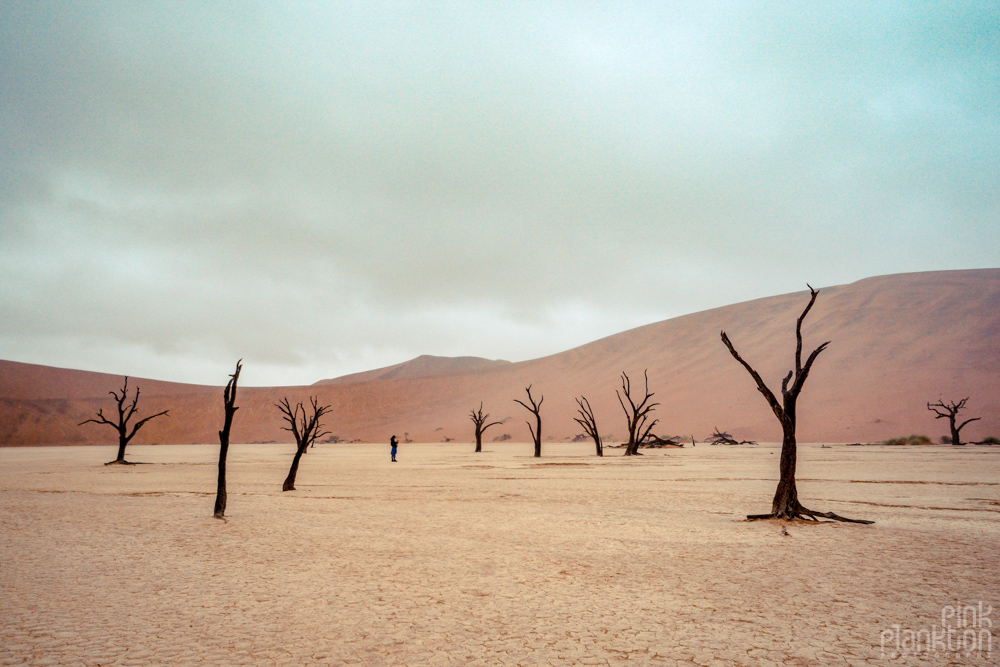 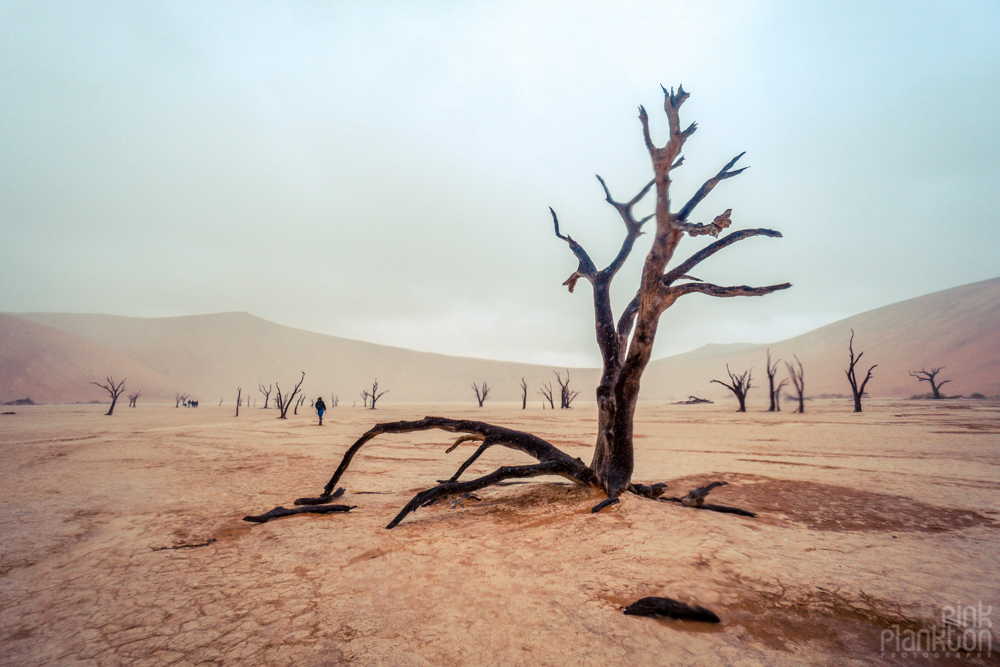 I could've spent hours here getting different angles of all the trees, but at this point it was getting extremely rainy.  My camera was absolutely soaked and covered in sand... it was time to go. 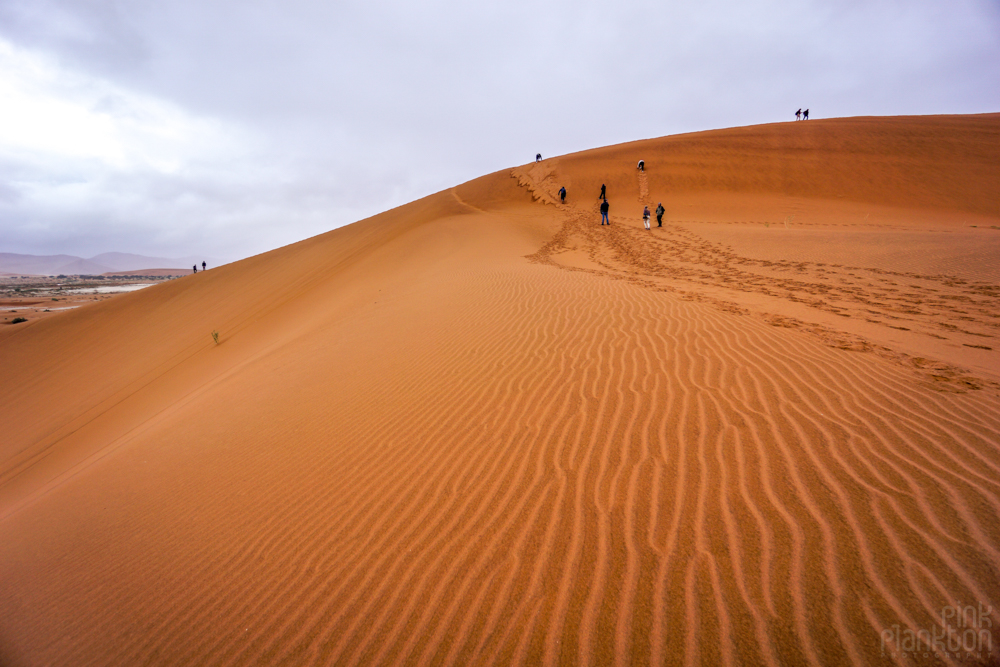 These are some shots from the hike to Deadvlei.  We first climbed up the giant sand dune. It was very sandy and windy! 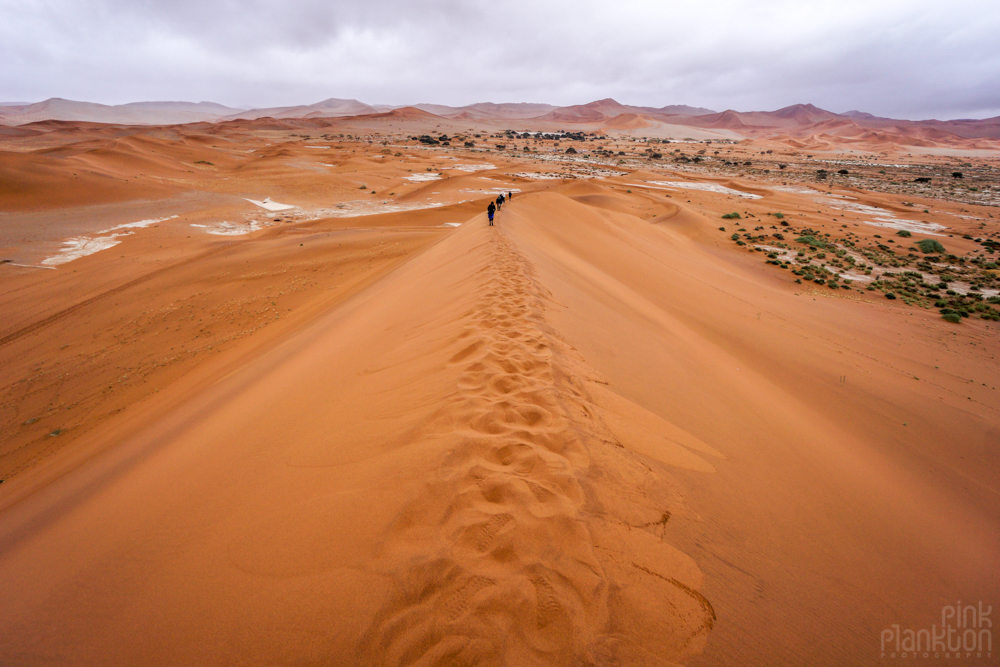 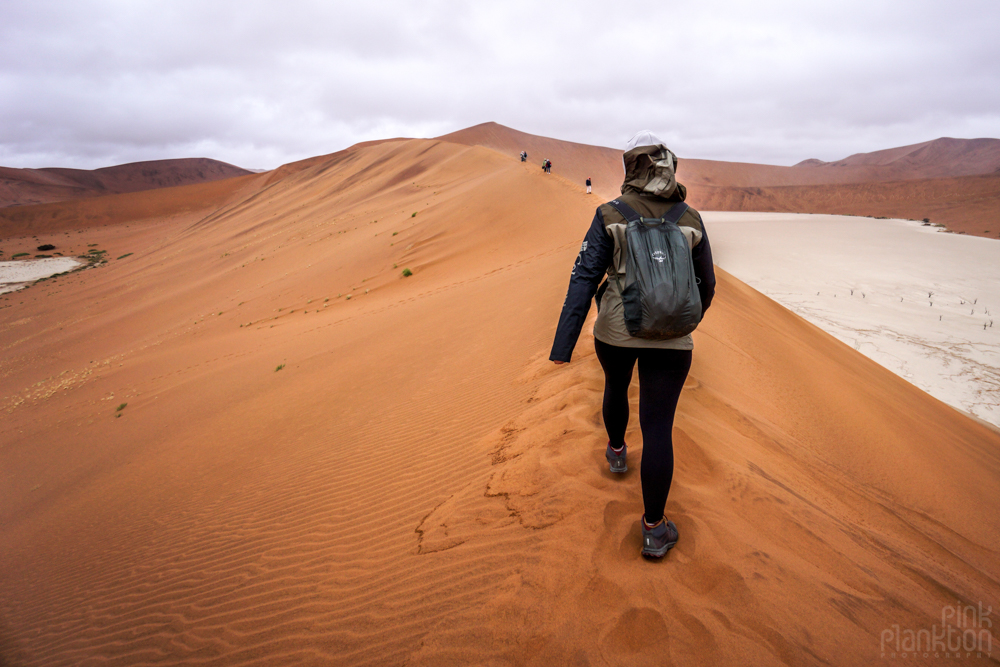 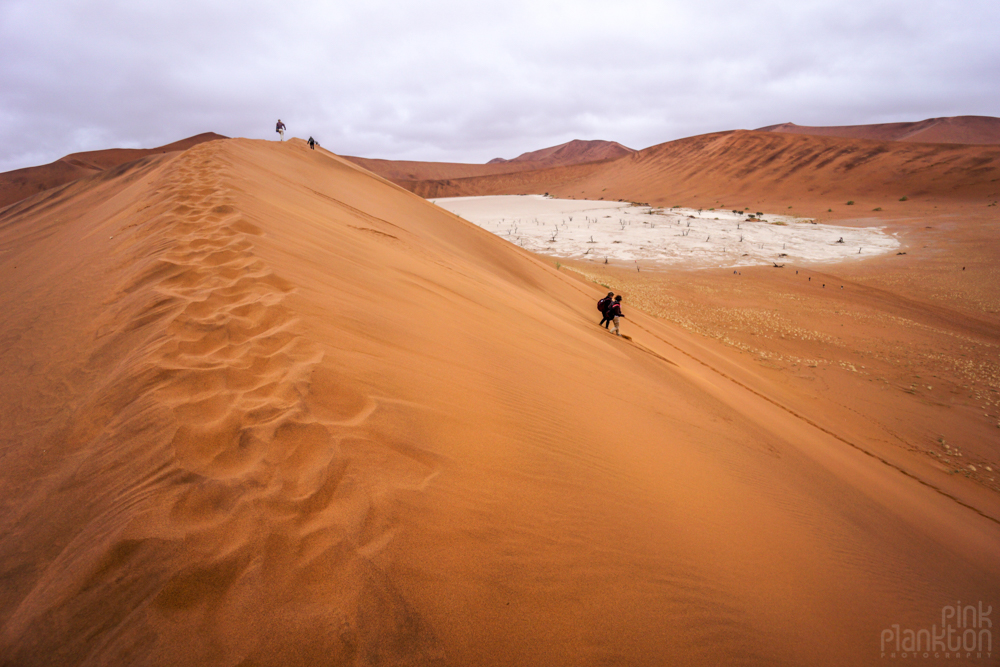 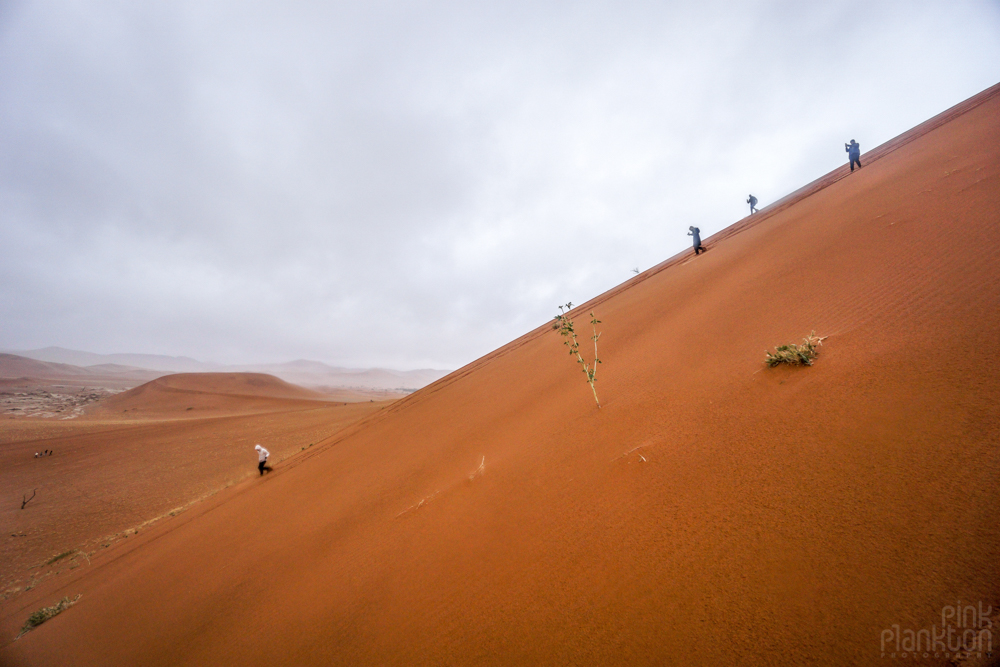 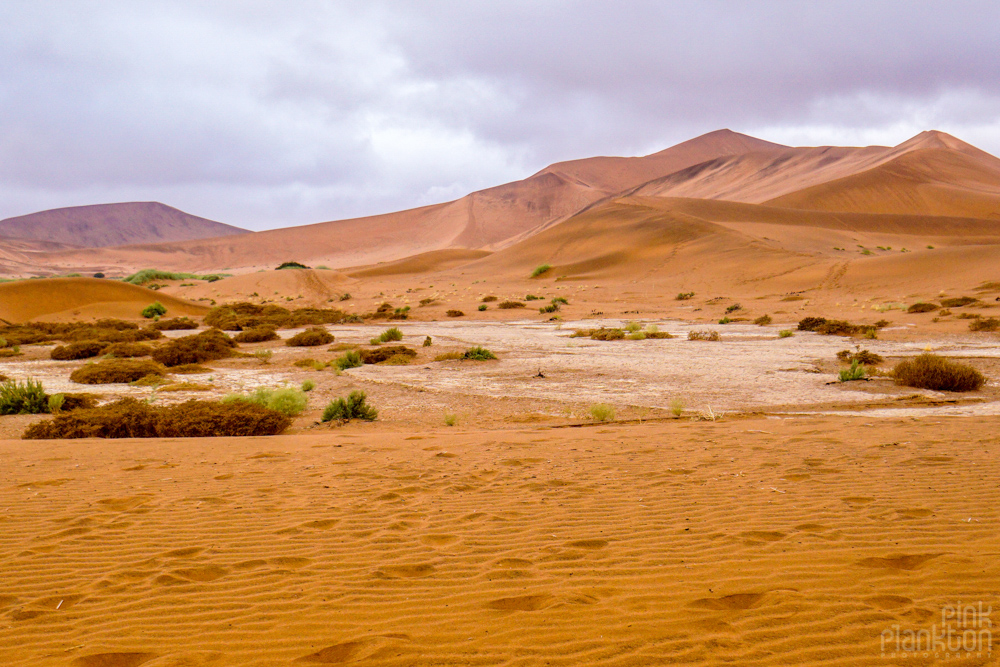 This shot was on the way back, the sun decided to peak out just as we were leaving! There are wild melons that grow in this area, which I thought was kind of cool. 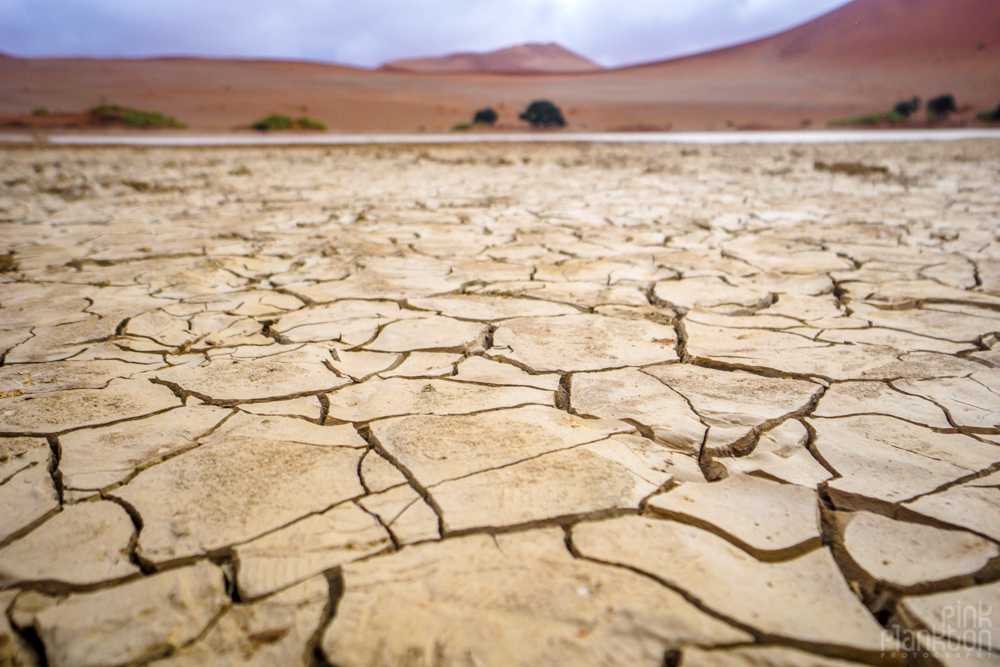 This is actual Sossusvlei, a dried up salt pan near Deadvlei.  It reminds me of the playa at Burning Man. 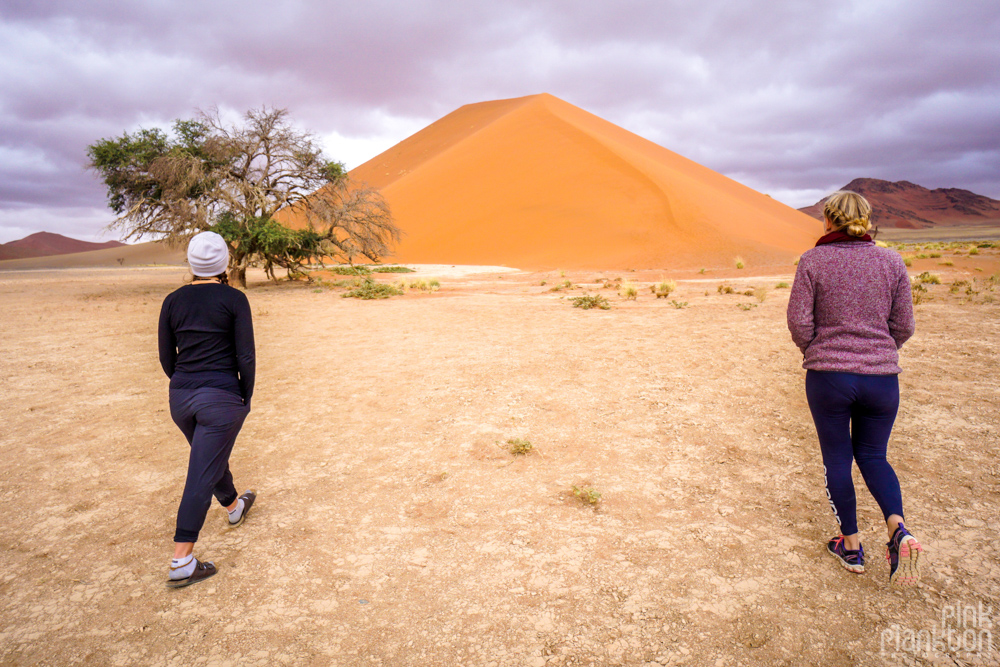 We then headed to the other dunes.  They were really huge, these photos don't really show the scale. By the afternoon we made it to the last stop in the park, Sesriem Canyon.  Now it was completely sunny! Here are two amazing shots of where we camped the night before. The Milky Way was so bright! And there was some awesome scenery on the drive there and back.