On June 4, 2019, Oakland City Council voted to decriminalize the possession and use of all entheogenic plants.  This included magic mushrooms (psilocybin), ayahuasca (DMT), peyote and san pedro (mescaline), and iboga (ibogaine).

All the major news outlets focused on how Oakland was the second US city to decriminalize magic mushrooms.  Denver become the first city to do so just a couple weeks prior, and I suppose the news was still fresh on everyone’s minds. 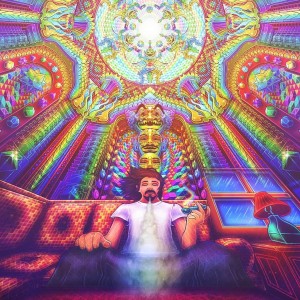 But no one really chose to focus on how Oakland became the first city to decriminalize almost every other psychedelic.  DMT, mescaline, and ibogaine, are some of the most well known psychoactive substances that come from entheogenic plants.  This is actually, in my opinion, an even greater victory.

Psilocybin mushrooms have been making headlines in mainstream media for a while now.  People are quite used to hearing about their many benefits.  But the average non-psychonaut probably does not know what DMT is, for example.

These other substances are among the most powerful psychedelics in the world.  Because of prohibition and the ‘war on drugs’, research on them has been limited.  The passing of this bill paves the way for other states and countries to follow, making it easier for them to be studied further.

It also helps break down the stigma associated with psychedelic use tremendously.  One day, these substances will not be seen as “drugs”, but as medicines, which can be used and abused, just like any other substance.

Congrats to Decriminalize Nature Oakland for leading the battle and making Oakland the first city in the US to decriminalize DMT, mescaline, and ibogaine, and other naturally occurring psychedelics.

Artwork by the amazing Salvia Droid.